In our previous article, we have covered with Velociraptor master server setup with a brief demonstration of Velociraptor installation, GUI interface set up with some of the forensics Artifacts

If you didn’t read that then don’t worry you can visit that article from here.

Once done with a complete server setup we need to focus on “how to Add Hosts or clients of our network environment” for Quick incident Response, forensics, Malware Analysis, and Threat Hunting. In this Blog, we are going to focus our attention only on those machines who shows potential sign of compromises

Now we see how to add a client to the Velociraptor server for further investigations. 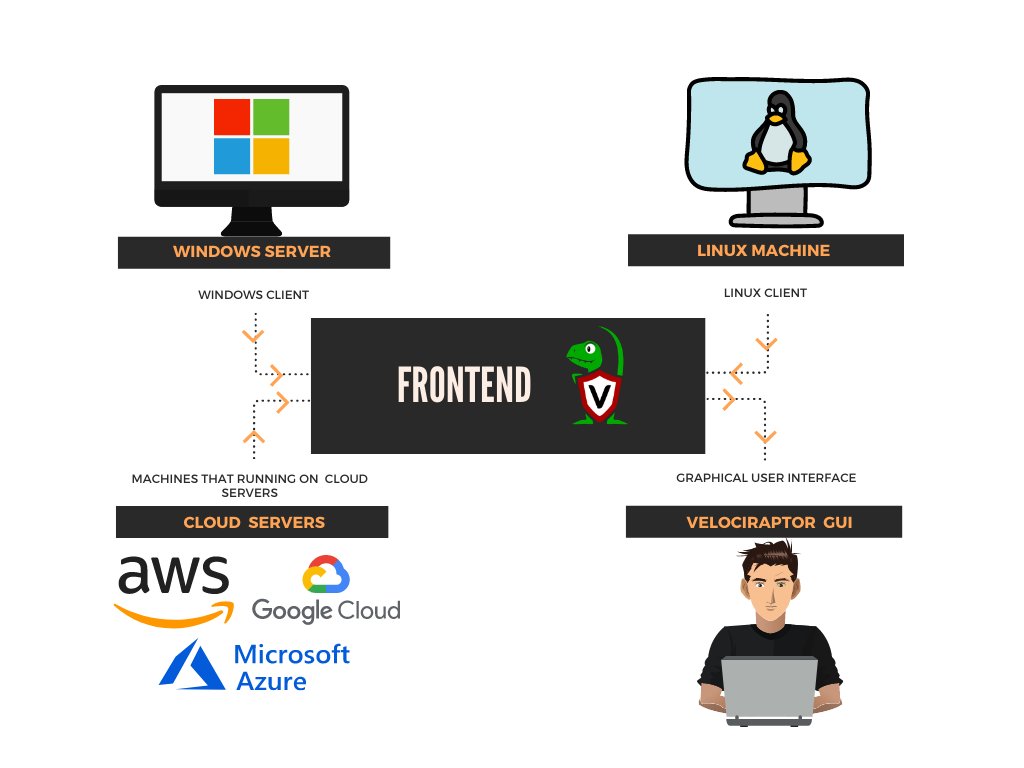 §  For Windows server or windows 10

To configure Velociraptor Agent on your client-server, there are some prerequisites required for installation or pen-testing.

·         Select and install Velociraptor Agents as per your client system 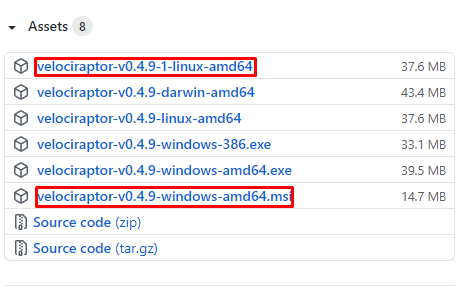 To install Velociraptor Agent into your Linux systems, follow the steps as described below: Visit to the official GitHub page of Velociraptor locate and select Velociraptor-Linux-amd64 Package

I prefer to download this package via terminal with wget. To download Agent issue the following command into the terminal.

After downloading it, return to your Velociraptor Master Server and issue the following command to install a client service into the server so that it becomes active to accept connections from the client.

Also, you can verify whether the service is running or not by issuing command services.msc it will open a prompt on your screen as shown below:

Nice! As we can see service is enabled or running.

Next, come to the Directory where the Velociraptor server installed and copy the configuration of the client.config 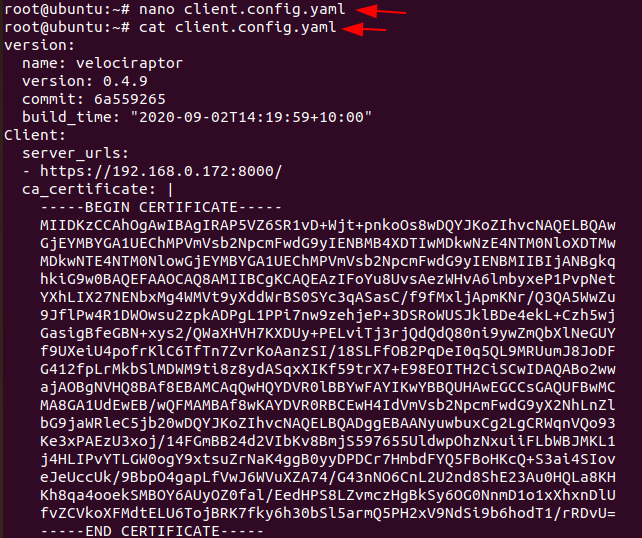 This client configuration file contains a CA certificate that is used for authentication between the client’s machine to the Velociraptor Master server.  After that change permission of the Downloaded Velociraptor Agent to make it executable and then deploy the client to Velociraptor by executing the following command:

Hmm:) !! As you can see service is started sending logs to the Velociraptor server. You can ensure the integration of the client (Ubuntu) machine with the server inside the Velociraptor Master Server which will generate logs for the client connectivity as shown in the image.

Let’s navigate to http://localhost:8889 to access the GUI interface and verify whether the client is reflected on the interface or not by simply running a query in the search bar

where Ubuntu is my client’s system name 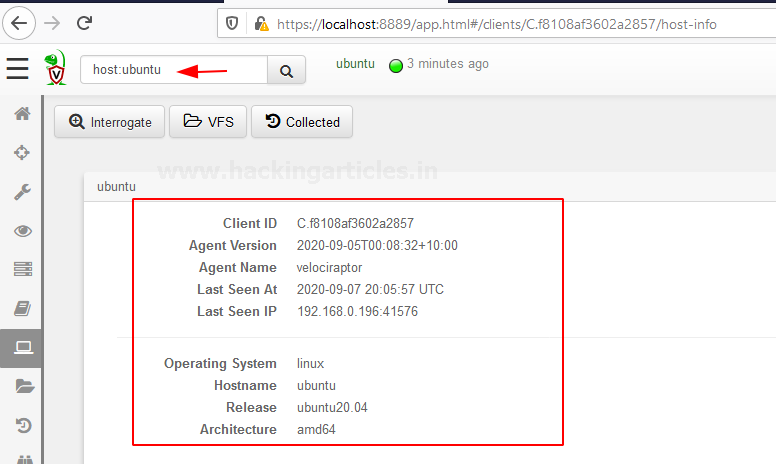 Ok 😃 !! you have successfully added the Linux system as a client

In my case, I will target to install Velociraptor agent in Windows server 2016.

Download package velociraptor-v0.4.9-windows-amd6464.msi, It will download a ZIP file into Your downloads open it install into the system. 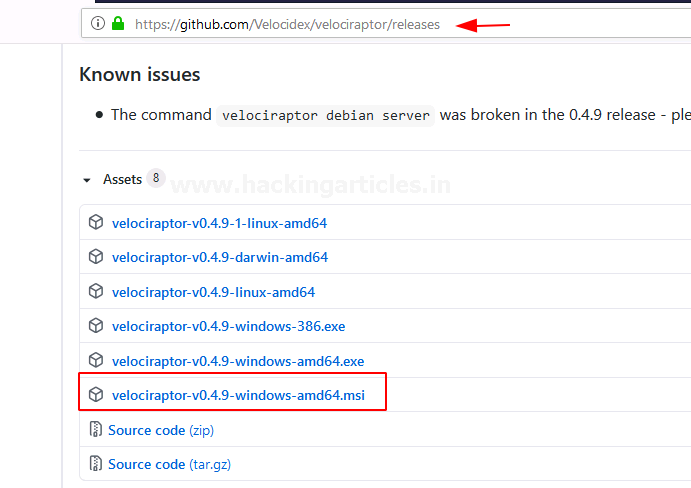 Configure Agent to send data to Velociraptor server Open the command prompt with administrator privilege and navigate to velociraptor folder. 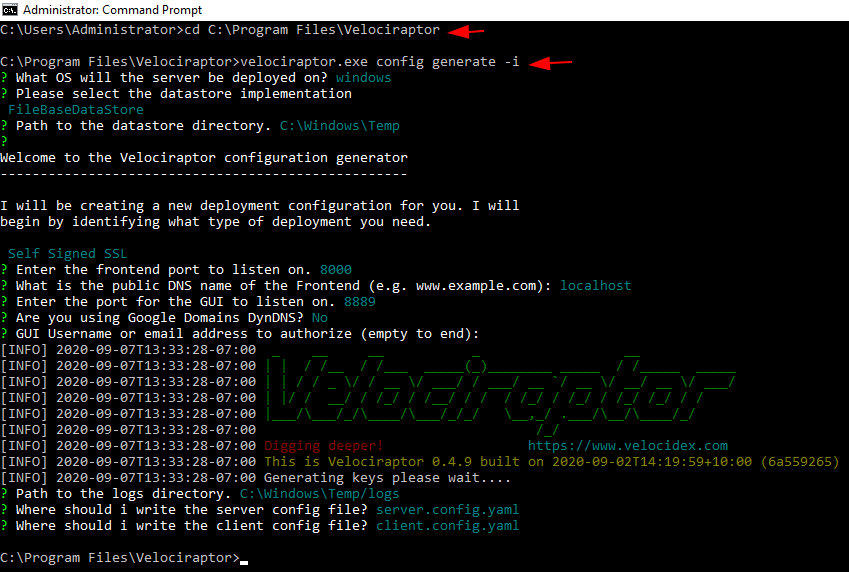 Hmm great !! as we can see the agent is installed successfully. Now, since we have this part done

Return to the Velociraptor master server and go to the directory where it is installed and what we need to do is to copy the client.config.yaml file. 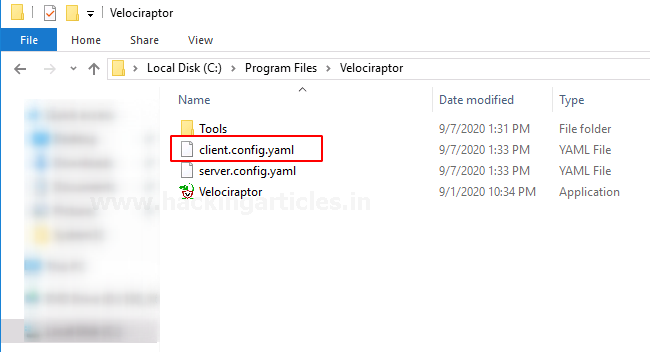 Then come back to the windows machine open the directory where Agent is installed and replace the client.config,yaml by simply pasting the file into that directory 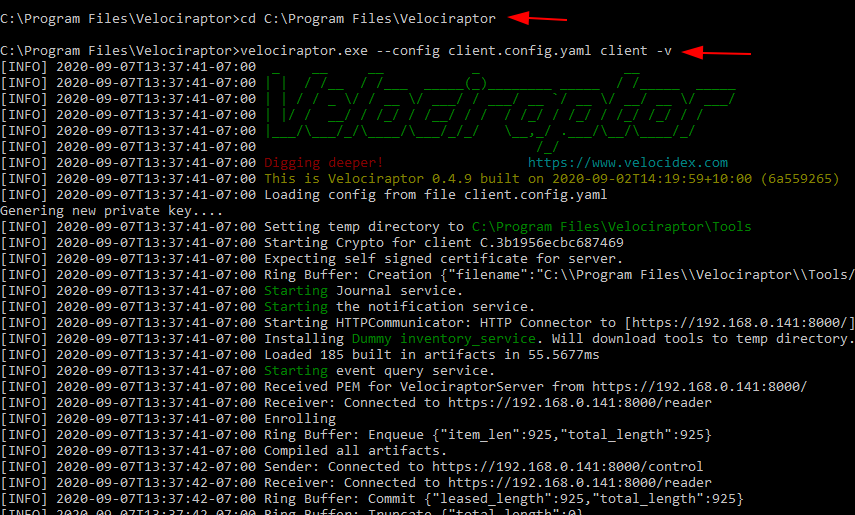 Nice 😀  !! You can ensure the integration of the client (Windows) machine with the server inside the Velociraptor Master Server which will generate logs for the client connectivity as shown in the image.

Come back to the Velociraptor server and verify, whether the client is reflected on the GUI interface or not by simply running a query in the search box 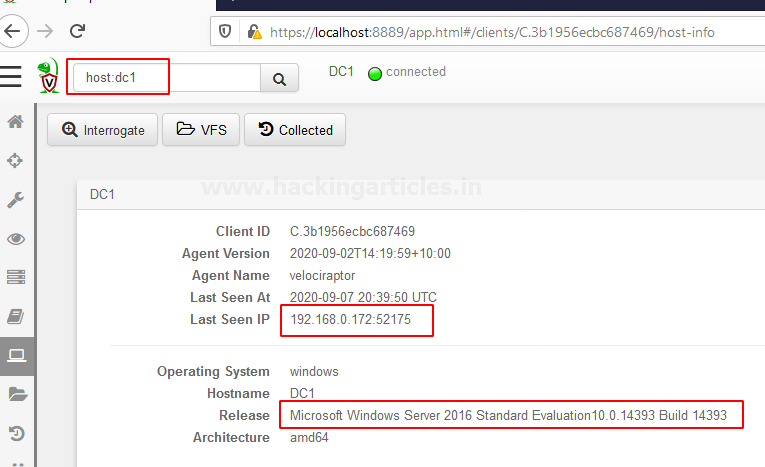 As we have 2 clients connected to velociraptor

Hunt manager allows you to hunt for the specific events that happened to your client and also you can view specific artifacts and server events.

we need to create a hunt with specific artifacts to do this move your cursor to the “+” button and select it as shown below. 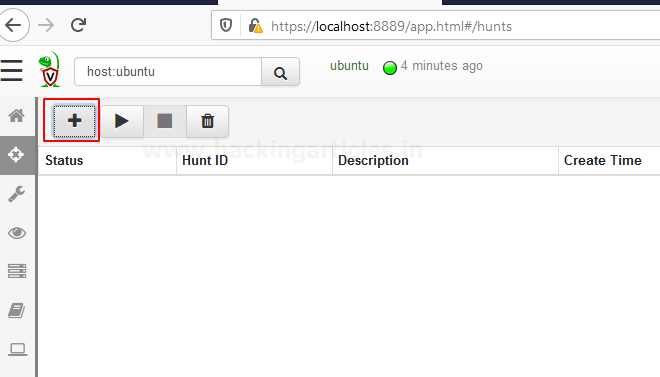 To create a new hunt in the search window start typing Linux then select the artifacts that you want to hunt and add then select “Next”,

In my case, I’m selecting Linux.Sys.SUID, Linux.Syslog.SSHLogin you can select as much you want. 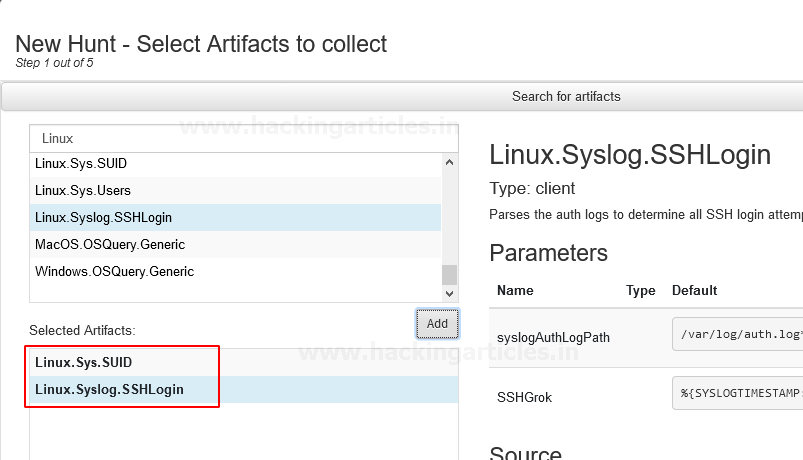 After selecting next, it will redirect to next prompt where you need to give Hunt Description and then select “Next”

At the next screen, you have your hunt Description or Artifact review, now a select the option “Create Hunt” 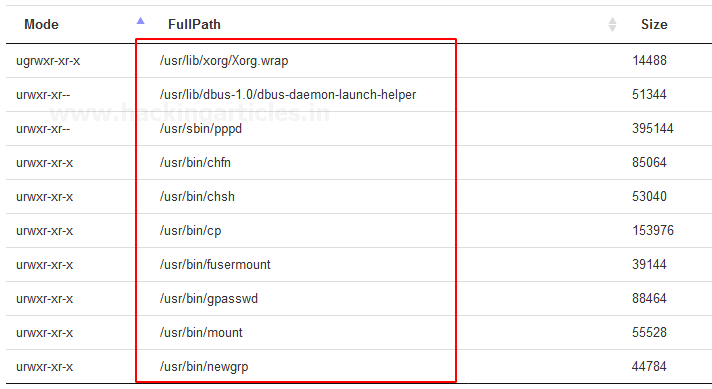 Wow 🙄 !! As we can see here is the list of Linux system SUID

Wait this is not enough… Let’s Dig it more Deeper

open Putty and enter the IP and port no. of the client and open the session 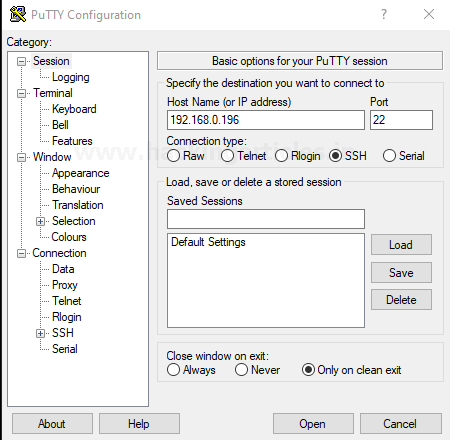 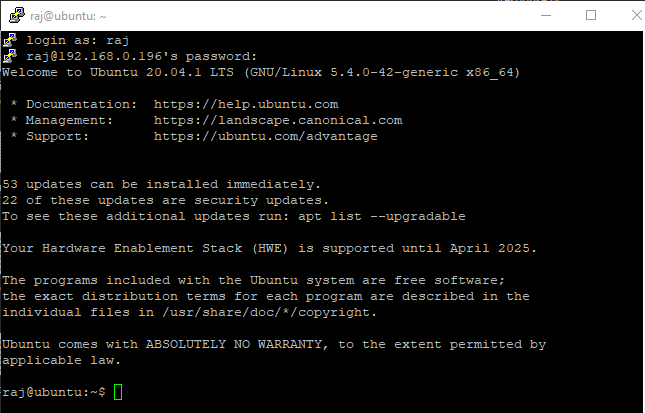 Nice !! we have successfully logged in to the client machine  Let’s perform a Brute-force attack to check is Velociraptor able to detect the attack or not. Fire up the Attacker machine Kali Linux and run the following command

Let’s check what happened to the GUI interface of Velociraptor. 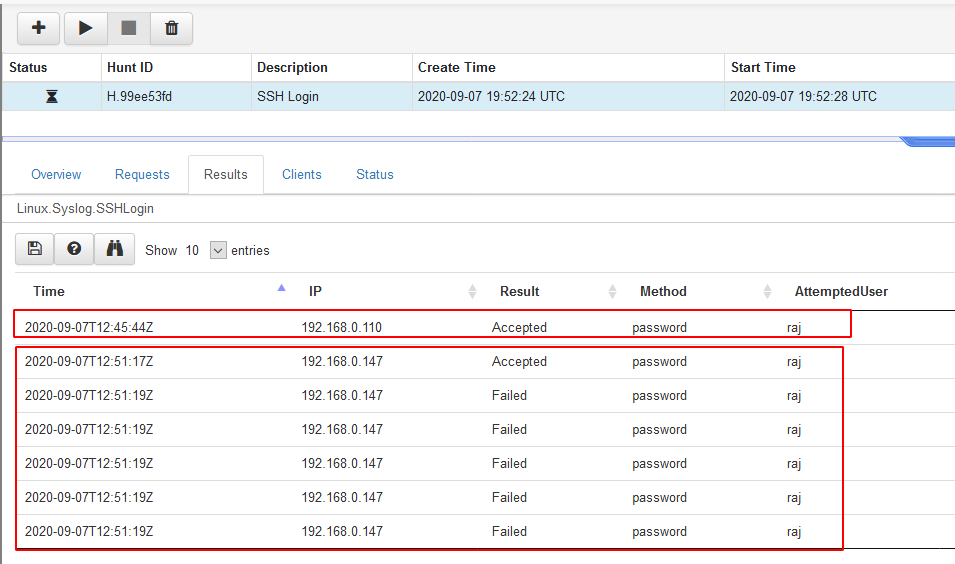 wow !! As we can see it detects and shows 2 successful logins of different machines and 5 failed login attempts just because of Brute force Attack. Let’s check some more artifacts that show the Arp requests and Linux system users. 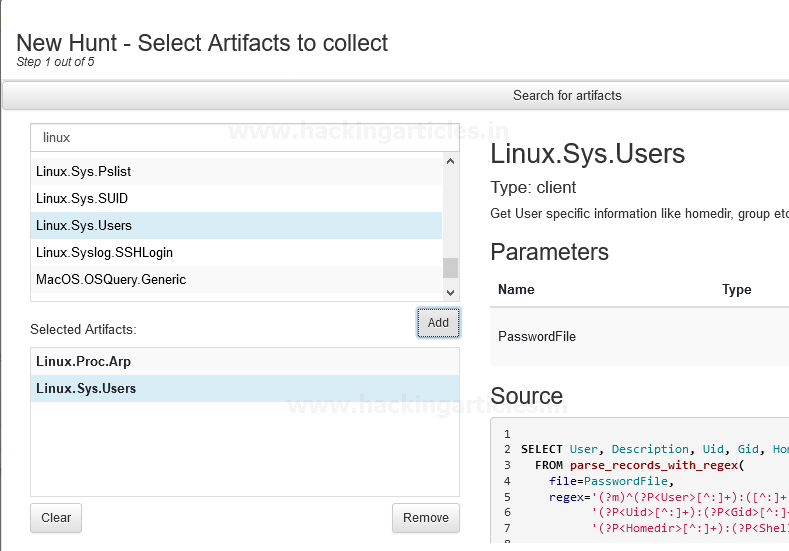 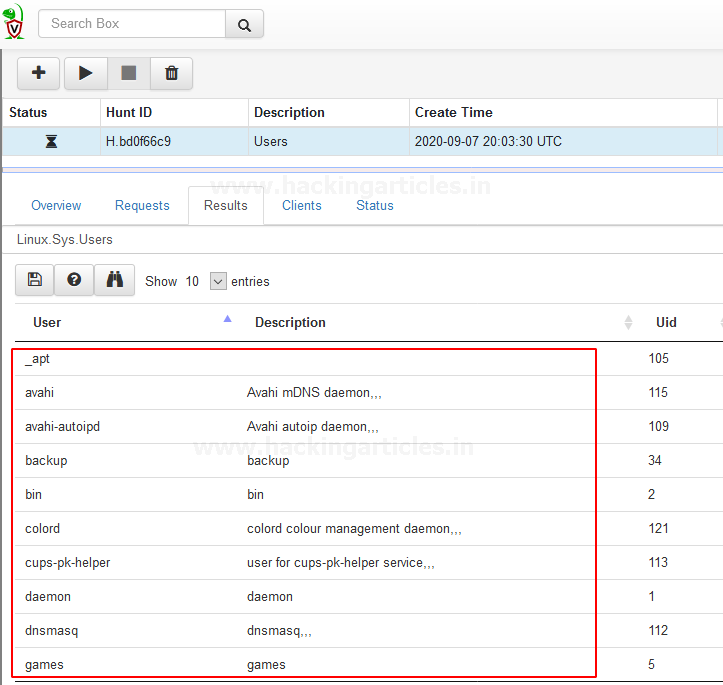 As we can see it shows All Linux system users with their “UID” and a small description of the role of users.

Let’s check the “ARP” requests on the client

Based on these artifacts you can investigate the scene or your client by creating Hunt as per your requirements also you can create your artifacts if you have good knowledge of VQL.

Form Dashboard set the host to windows or whatever the client’s computer name.

Then create a Hunt

I’m going to use Artifact “Windows.Sys.FirewallRules” 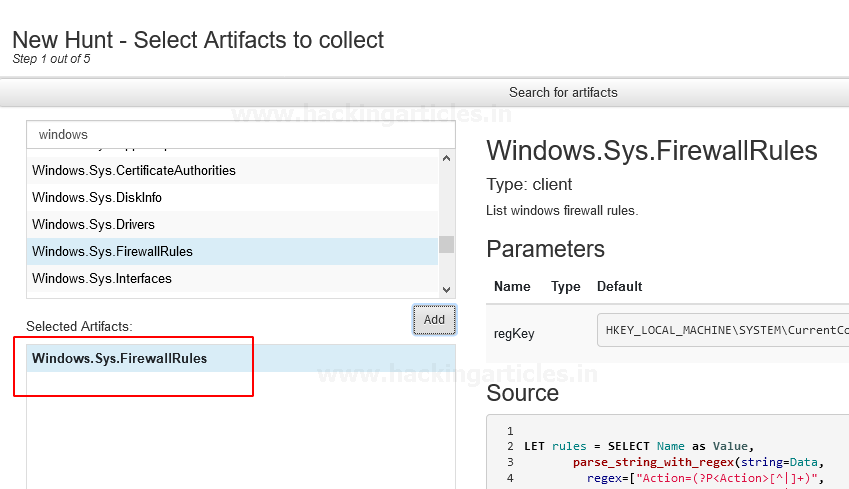 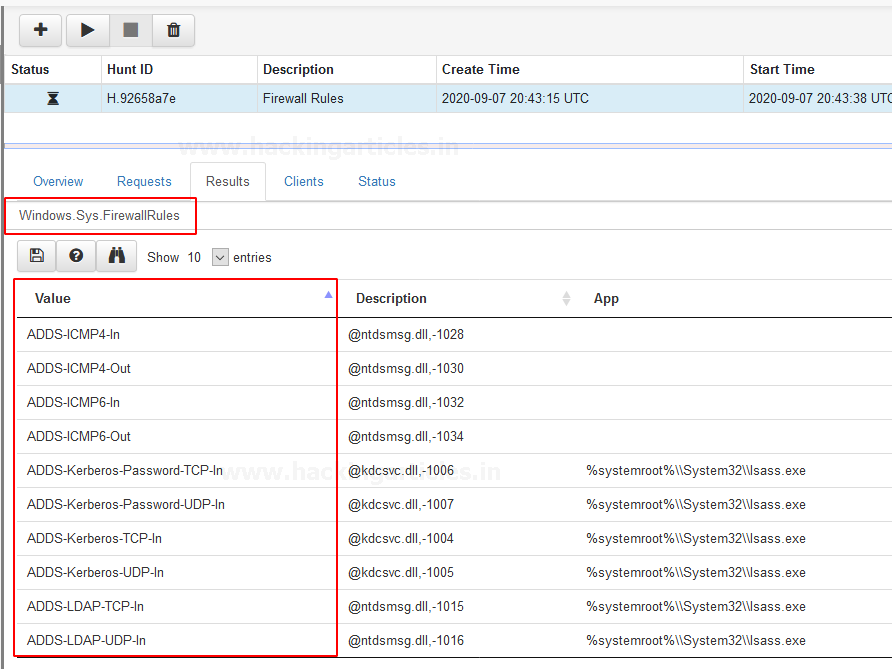 Nice !! Here is the list of implemented Firewall Rule on the Client’s machine.

Let’s check out some more artifacts to dig it deeper.

Create a new hunt and add many artifacts as you want. Here I’m going to use “Windows.Collectors.File” 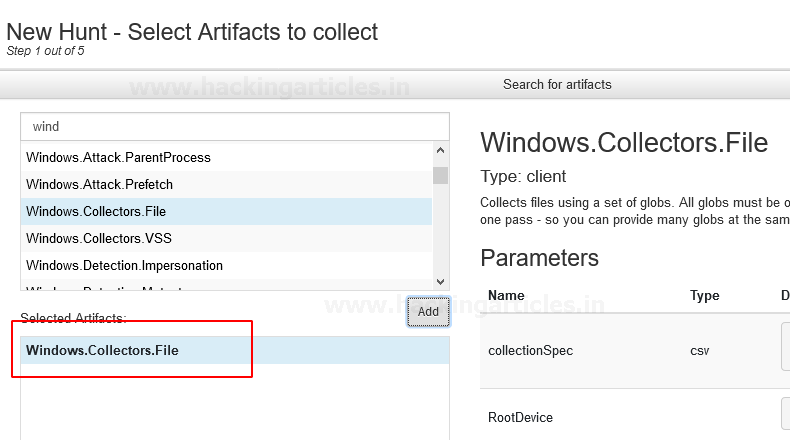 Let’s check what comes in result…..

Wow!! As we can see it listed the All matches Metadata of windows.collectors

Similarly, you can Dig it much Deeper by adding as many artifacts as you need

Hang tight this is not enough!

More will be discussed in part3.

One thought on “Threat Hunting: Velociraptor for Endpoint Monitoring (Part 2)”