Nmap Scripting Engine (NSE) has been one of the most efficient features of Nmap which lets users prepare and share their scripts to automate the numerous tasks that are involved in networking. As we know about the Nmap’s speed and.  competence, it allows executing these scripts side-by-side. According to the needs of the users, they can pick from the range of available scripts or can create their scripts as per the requirements. 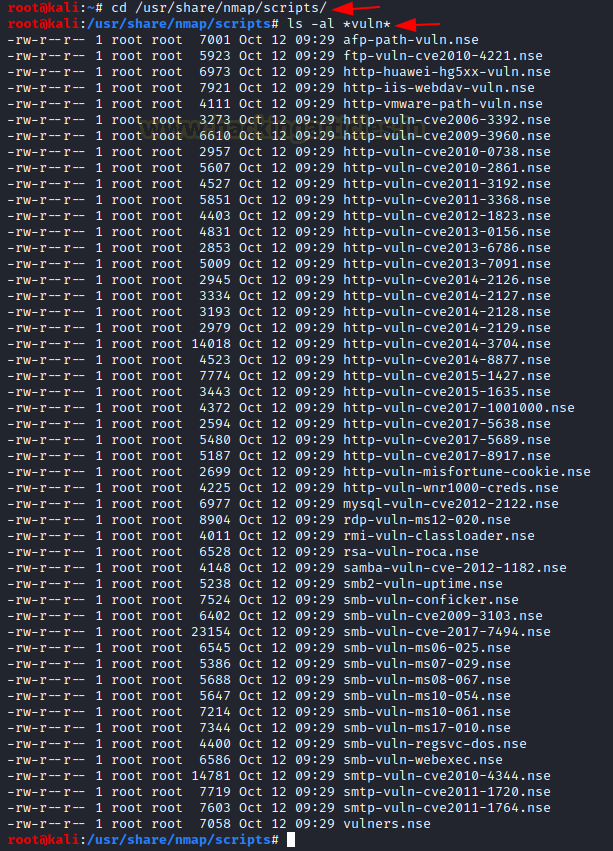 This script detects whether an SMBv1 server in Microsoft systems is vulnerable to the remote code execution which is commonly known as the EternalBlue vulnerability. This vulnerability had been vastly exploited by ransomware like WannaCry. This works on Windows XP, 2003, 7, 8, 8.1, 10, and server 2008, 2012 and 2016.

You see that on executing this script, you see that the system is susceptible to a vulnerability that is at high risk in nature. 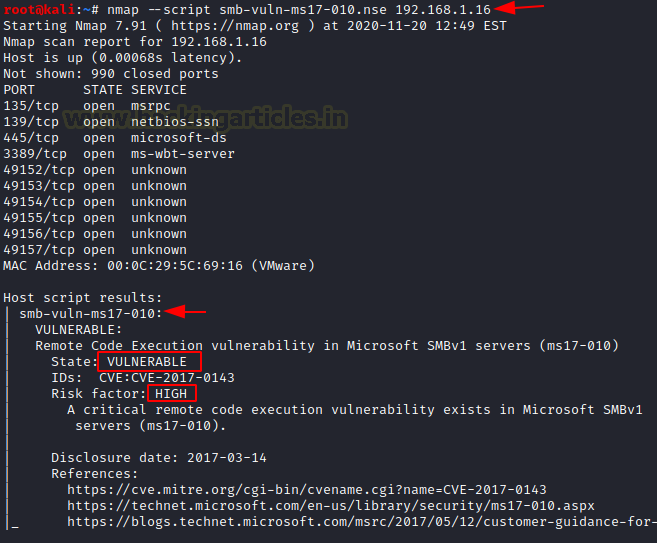 This script checks for the presence of vsFTPd 2.3.4 backdoor vulnerability by attempting to exploit the backdoor using a harmful command.

The SSL Poodle is a Man-in the middle exploit whose purpose is to take advantage of the security software running on SSL. On running this script, you see that the system is vulnerable. 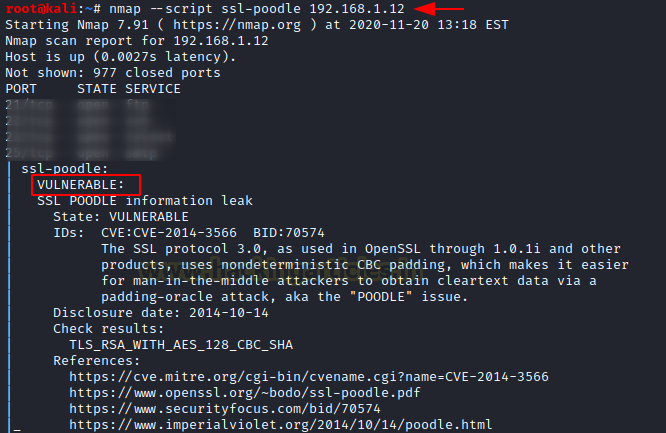 This script checks whether Java rmiregistry allows class loads or not. The rmiregistry has default configuration which allows the class to load from remote URLs which may lead to remote code execution.

It checks for the vulnerability in the web server Slowloris DoS attack where it does not launch an actual DoS attack. This script will open 2 separate connections to the server and then request for URL in base configuration. 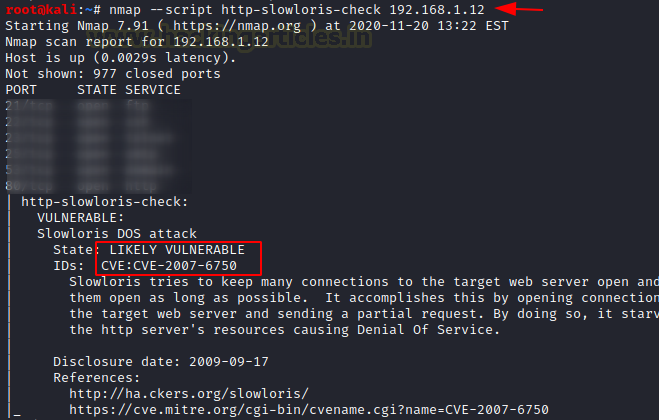 This script when run checks if a server is vulnerable to the SSL/TLS “CCS Injection” vulnerability. To exploit this vulnerability using MITM (Man in the Middle Attack), the attacker will then wait for a new TLS connection which will be followed by Client-Sever ‘Hello’ handshake messages. 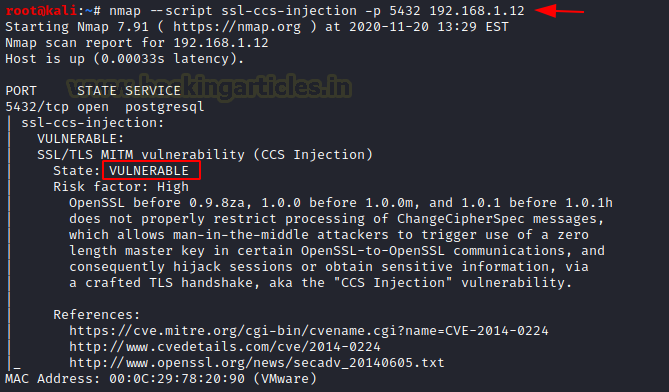 Nmap – Vulners is a NSE script using some well-known service to provide info on vulnerabilities. This script completely depends on having information on software versions therefore works with -sV flag.

You can install it using git hub code. Then update the scripts in the NSE database. 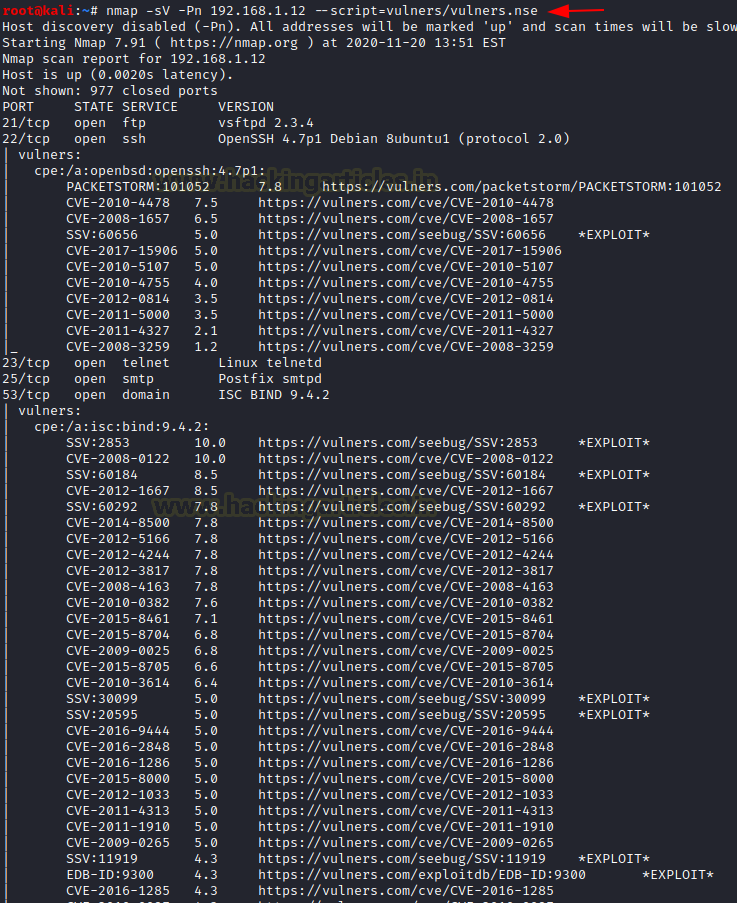 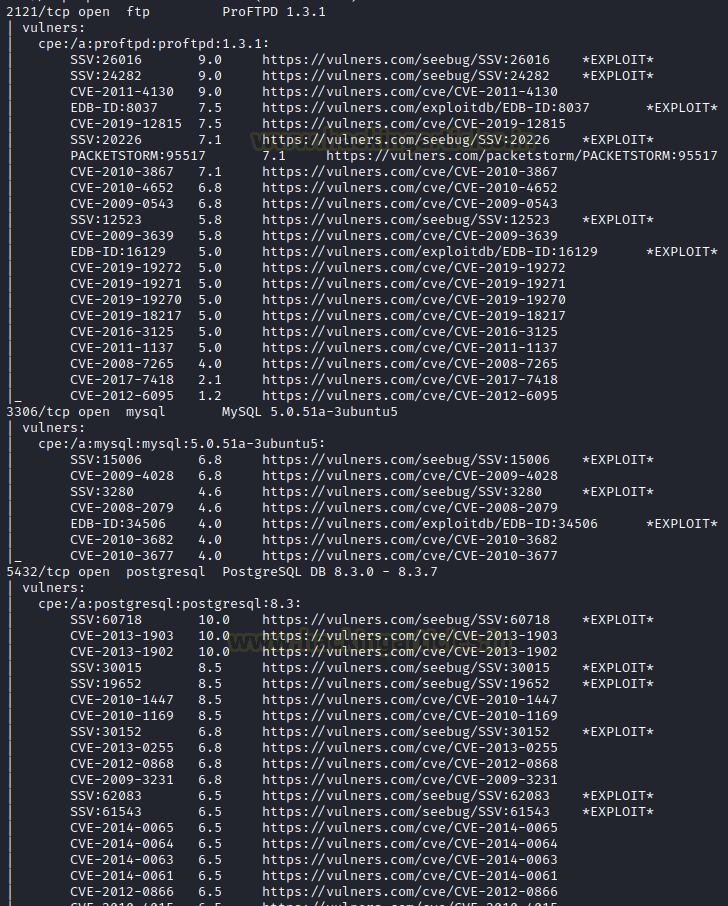 Hence, we see that it using the nmap scripts we can detect the vulnerabilities present on the system which can be a benefit for the Pen Testers.

One thought on “Nmap for Pentester: Vulnerability Scan”