Digital Forensics is the application of scientific methods in preserving, recovering, and investigating digital evidence in a Digital crime scenario.  It can be correctly defined as, collection, examination, analysis, and documentation by using scientifically proven methods to investigate a digital crime and present it before the court.

Elements of a Digital Crime

To prove a digital crime, as an investigator you should have the following elements to bring out a conclusion. All the elements will be related to one another in a more or so. 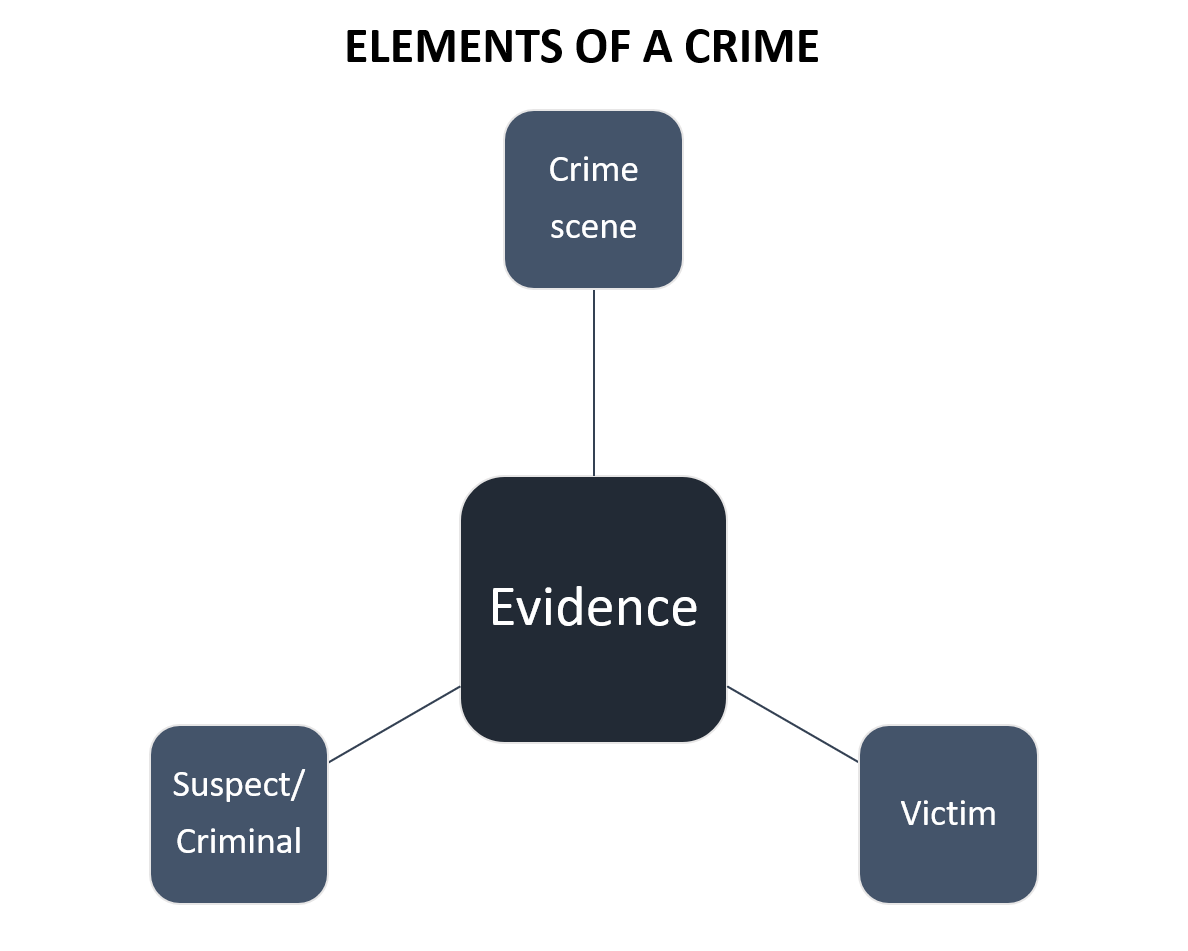 As a digital forensic investigator, you should have a goal for investigation. Depicted below are the five most important goals of investigation; 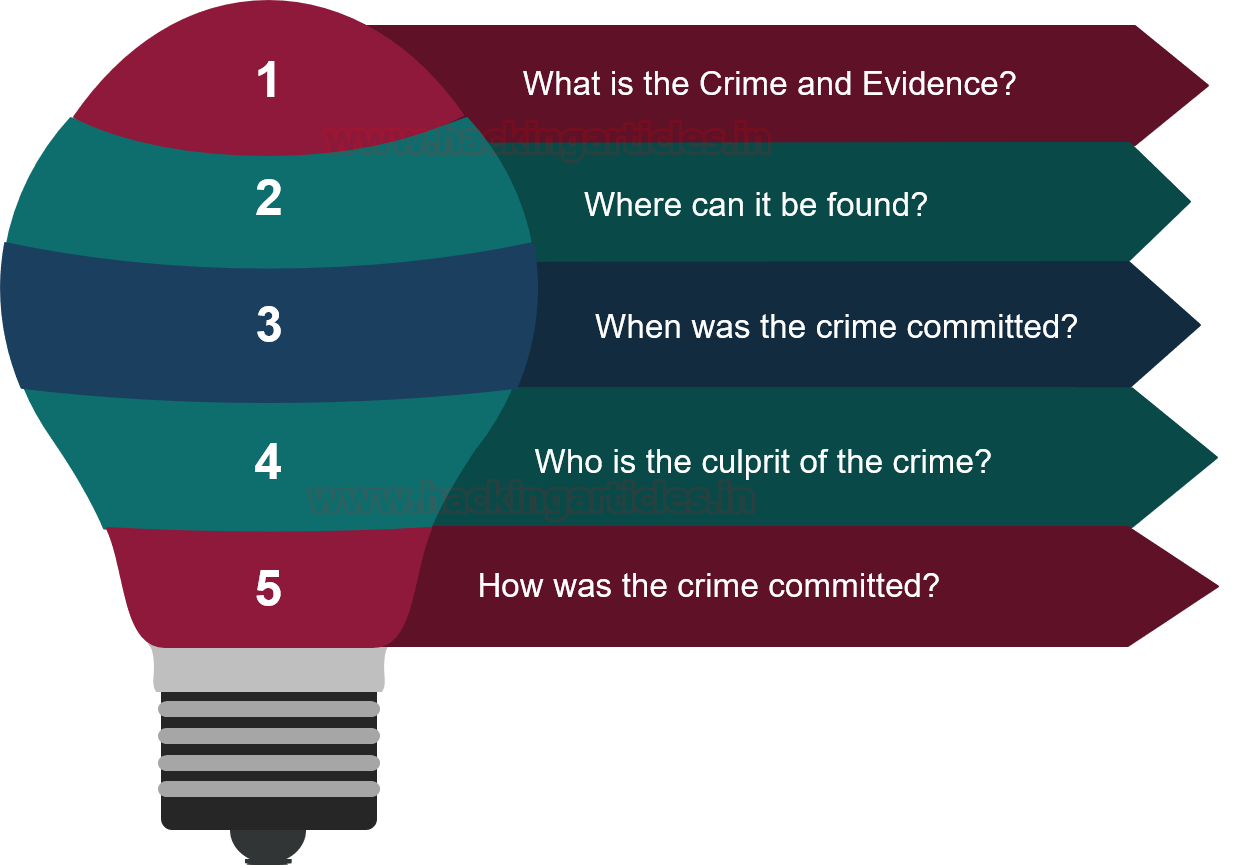 Digital forensics is a very broad term that has various classifications within it. The most popular forensic investigations are as follow:

The classification of digital forensics isn’t limited to the above diagram and as t can be classified into more depending on the cases.

Digital evidence or electronic evidence can be defined as any object that stores digital information and transmits it in any form which was used in the act of crime or in supporting the investigation of the case in a trial before the court.

The digital evidence can be like of various types and should be availed ethically by following the prescribed guidelines of investigations. Here are a few digital evidences in the diagram below, but the list goes on. 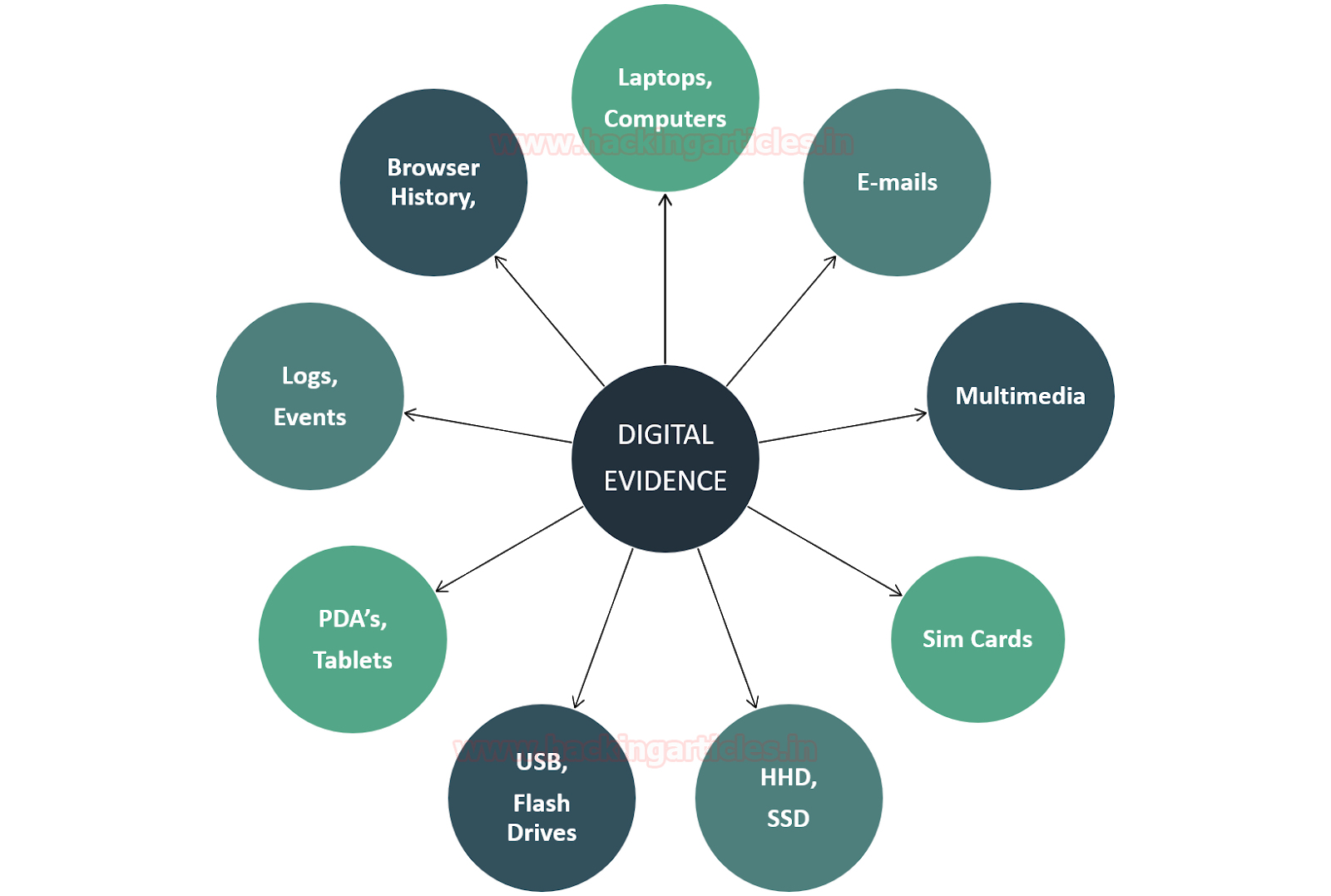 The difference between the data and the metadata for the forensic investigation can be easily understood with the help of the diagram below; 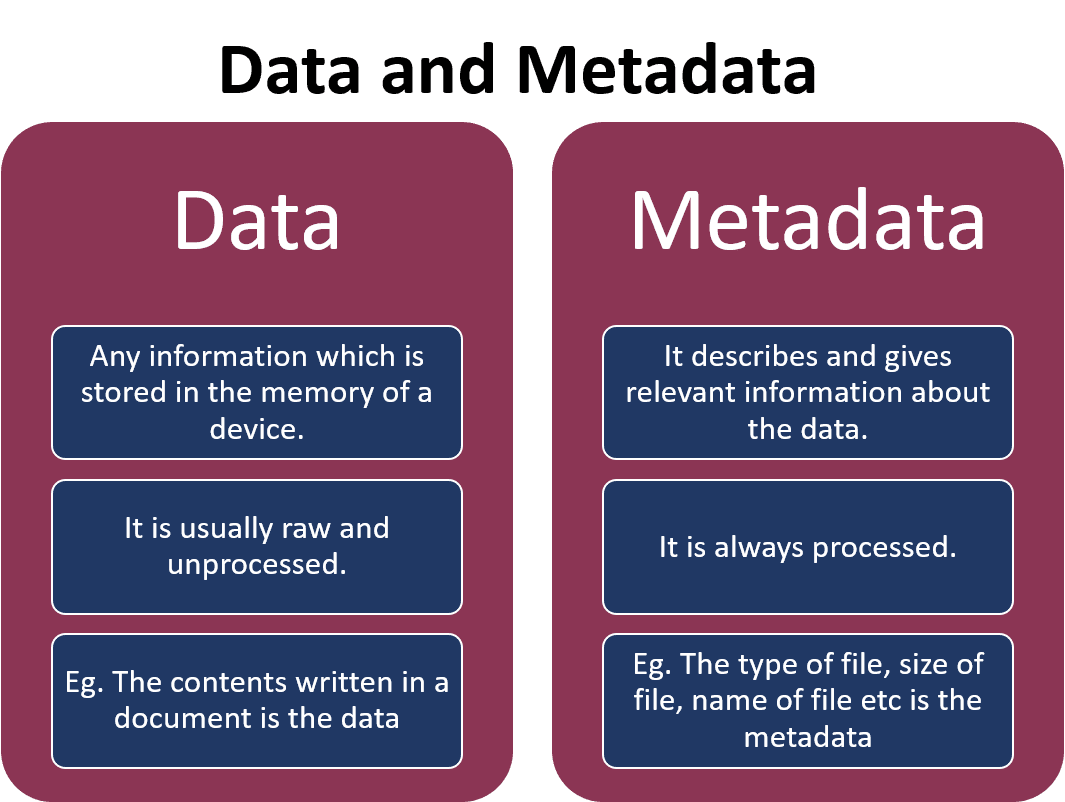 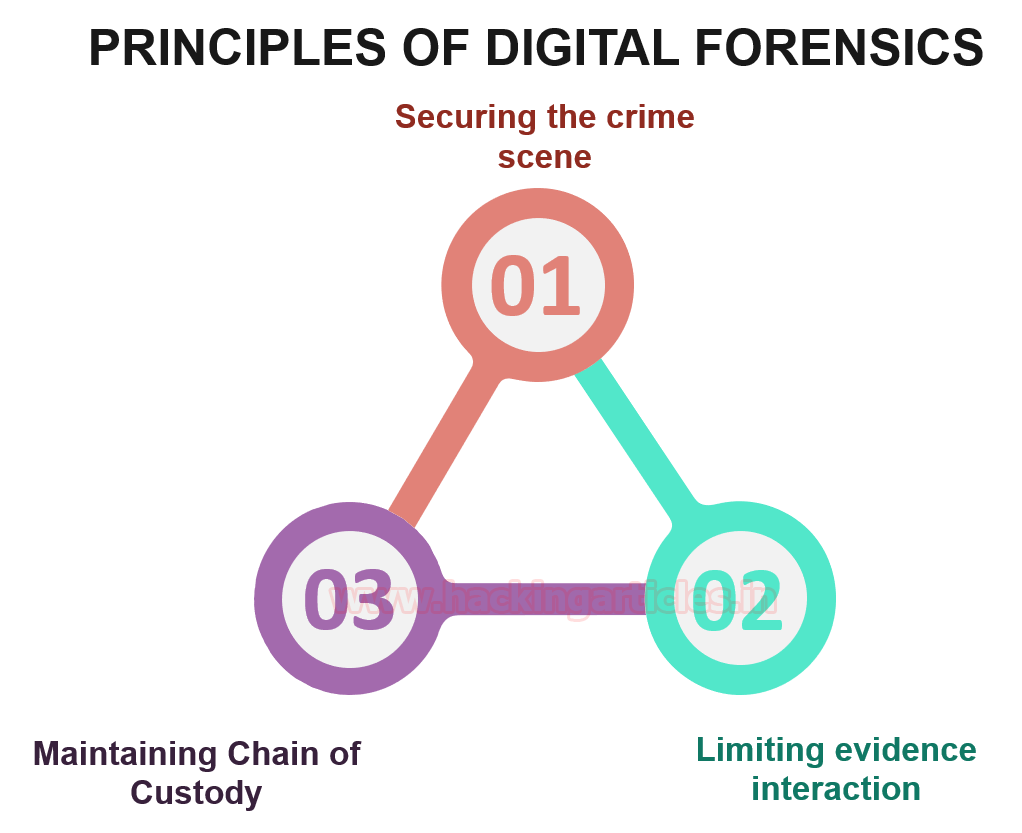 An investigator needs to have the right set of tools for conducting a digital forensic investigation. It is for the investigator to decide the tool appropriate for the case.  The tools also depend on the application based on hardware and software. The types of tools can be classified into three types; Open Source, Proprietary, and Self-created. 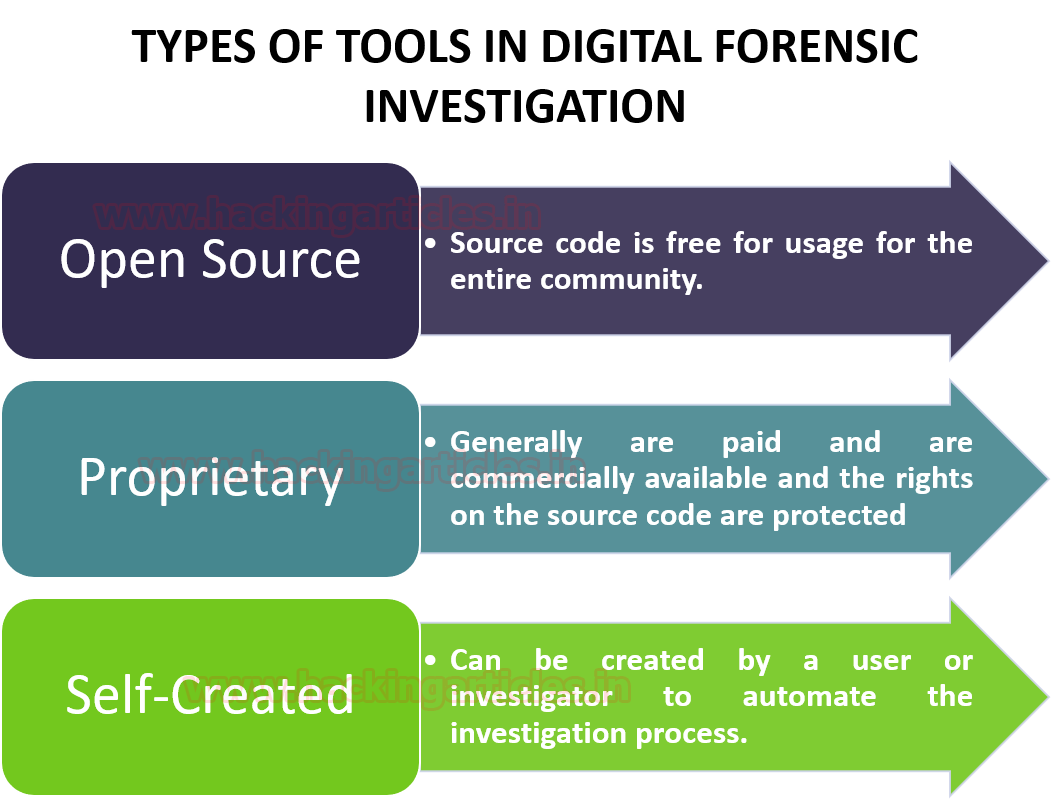 Hence, we have covered the basic understanding and requirements for Digital Forensic Investigation.

One thought on “Digital Forensics: An Introduction”