How to Configure Suricata IDS in Ubuntu

Suricata implements a complete signature language to match on known threats, policy violations and malicious behaviour. Suricata will also detect many anomalies in the traffic it inspects. Suricata is capable of using the specialized Emerging Threats Suricata ruleset and the VRT ruleset.

A single Suricata instance is capable of inspecting multi-gigabit traffic. The engine is built around a multi threaded, modern, clean and highly scalable code base. There is native support for hardware acceleration from several vendors and through PF_RING and AF_PACKET.

Suricata will automatically detect protocols such as HTTP on any port and apply the proper detection and logging logic. This greatly helps with finding malware and CnC channels.

NSM: More than an IDS

We had chosen Ubuntu operating system for installation and configuration of suricata. Earlier than installing suricata in your machine, you should need to install necessary dependencies of Ubuntu. Therefore open the terminal and type given below command to install per-requisites by a making update.

It is an easiest way to install and configure the suricata in your system because it’s entire requirement whether it is suricata rules directory or logging directory every packages is are stored by apt repository. Enter given below command to begin the suricata installations.

After then open the configuration file using gedit for making some changes inside.

The two most important steps we need to perform here: 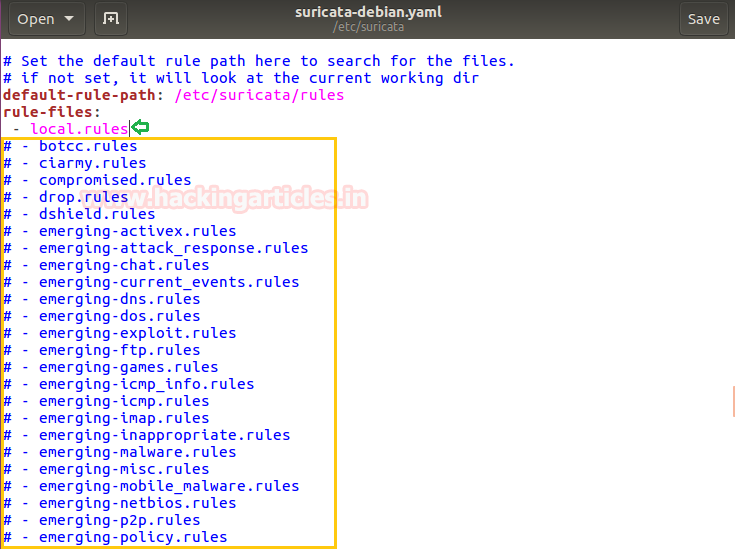 Now add the network CIDR for which IDS will filter the incoming and outgoing traffic as shown in given below image. 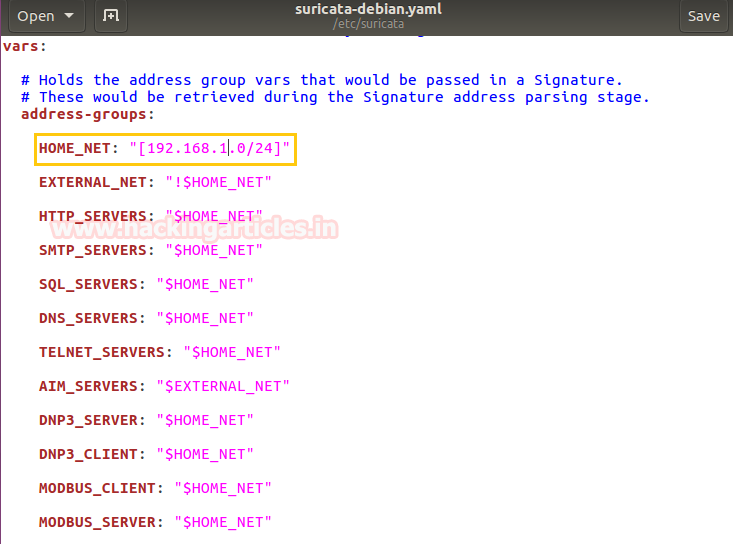 Now if you are not much aware about its rule configuration then you need not to be worry about it because implementing rule in suricata is as similar as in snort. For help open this Link to get details of IDS rule implementation.

The above rule will generate an alert when found any network IP sending ICMP packets in our network by pinging IP 192.168.1.111.

Then again turn On NIDS mode of surictata using given below command.

Basically suricata alert logs are generated under var/log and you can use given below command to read the captured logs.

As result suricata with NIDS mode had capture only 3 ICMP packets from IP 192.168.1.102 which you can observe from given below image that generated alert for “ICMP Detected”, this happens because in above rule we had applied “->”one-directional operators which mean it will only capture traffic coming from source IP to destination IP.

One thought on “How to Configure Suricata IDS in Ubuntu”